The 2007 world champion thinks that getting on top of Pirelli tyres will be the biggest challenge during his F1 comeback. 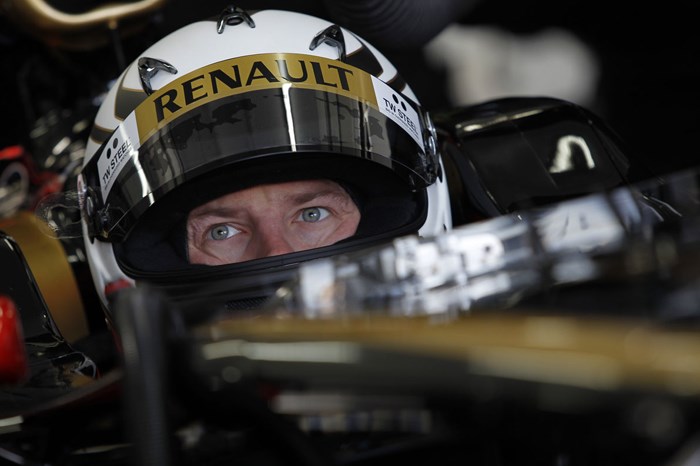 Kimi Raikkonen thinks it will still take him some time to fully return to his best in Formula 1, despite quickly settling back into the cockpit of a grand prix car at Valencia on Monday.

The former world champion has begun a two-day test in a 2010-spec Renault R30 in a bid to reacclimatise himself with F1 machinery prior to his first run in the team's 2012 machine at Jerez next month.

Although the age of the car, plus the fact it is running on Pirelli demonstration rubber, means that lap times are meaningless, initial feedback from the team suggested that Raikkonen was showing well already.

Raikkonen said he had little problem learning to drive an F1 car again - but said that understanding how to get the best out of the team and tyres was not going to be the work of the moment.

"It was nice to get back in the car," explained Raikkonen. "It was quite a few years since I have driven last time, [and] of course it takes a little while to get used to it. But the main driving, braking, turning, that doesn't take many laps. But of course to start learning about the car and team and tyres, that will take time."

Raikkonen also suggested that he never took it for granted that he would make a return to F1 after he had embarked on a career in the World Rally Championship.

When asked if he had expected to be back in F1, he said: "Not really. I didn't have any plans for the future.

"There were different choices to do this year and I really wanted to do racing. We did some NASCAR stuff last year and I enjoyed it a lot, racing against other people.

"That is where I decided to do racing, and [if you are] doing racing, F1 is the highest level and probably where most people want to be. I found a good chance to come back and do racing with Lotus."