The Finn had been open with Lotus in demanding financial guarantees for the future if he was to commit. 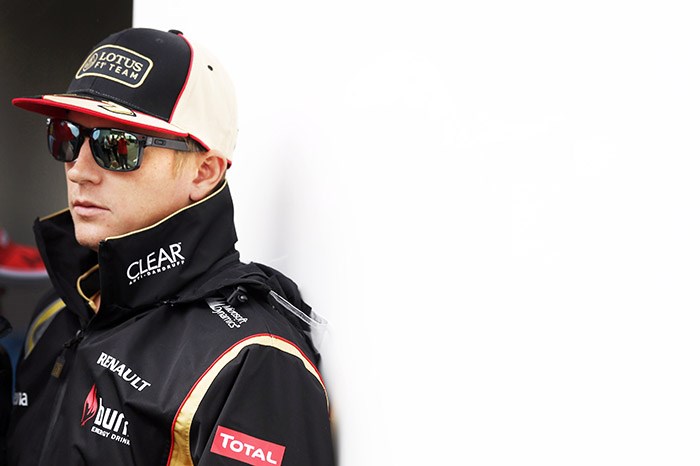 Kimi Raikkonen has revealed that money was the key reason why he turned his back on Lotus to join Ferrari for the 2014 Formula 1 season.

The Finn had been open with Lotus in demanding financial guarantees for the future if he was to commit, against a background of delayed salary payments.

Speaking to the media for the first time since it was confirmed that he was leaving the team for Ferrari in 2014, Raikkonen said it was the cash situation that prompted his switch.

"The reasons why I left from the team are purely on the money side, and the things I haven't got, my salary," said Raikkonen. "That is an unfortunate thing."

When asked if there was anything Lotus could have done in the end to convince him to stay, he said: "There were a lot of things, I am sure they know what there are.

We understand that while Raikkonen has received his basic salary, the issue is over performance-based bonus payments.

EAGER TO WORK WITH ALONSO

Although some rival drivers have suggested that the partnership of Raikkonen and Fernando Alonso could lead to trouble, the 2007 world champion doubts there will be any issues.

"I don't see the reason why it will not work," Raikkonen said. "We are all old enough to know what we are doing and the team is working to make sure, if there is something, that we can talk it through.

"It is not like we are 20-year-old guys any more. I might be wrong, but time will tell.

Raikkonen also thinks he will have little trouble adapting to life back at Maranello - as he dismissed suggestions he will need to ramp up his work ethic.

"I know the team, and I know the people, although obviously there are some new people and more have left since I was there," he said.

"I don't think it will be too difficult to go there and do well. The car is different, and the most difficult thing is the cars [in 2014] are different. Whoever makes the best car will make the most out of it."

When asked if he was ready to spend more time at Maranello to push the team forwards, he said: "There are lots of stories, but I think we did pretty good in this team [Lotus] from where we started and I don't see reason why we should not be able to produce a very good car next year and keep improving it.

"It is a new challenge for all the teams but I have no worries about these things."