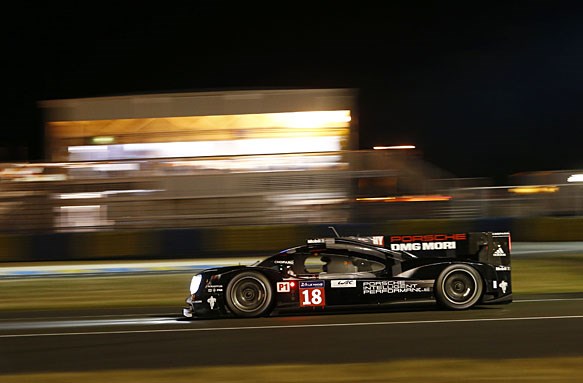 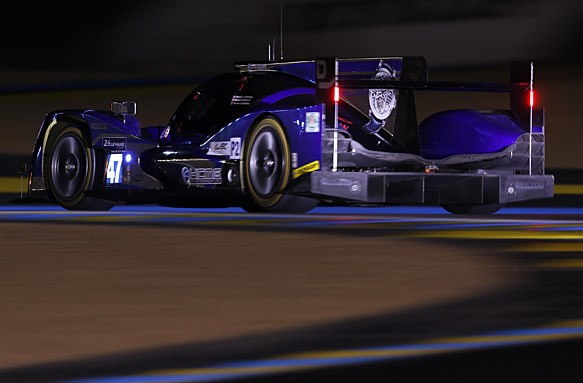 The trio of Porsche 919 Hybrids will start the 2015 Le Mans 24 Hours from the top three positions of the grid after maintaining their supremacy in final qualifying.

Neel Jani's time of 3m16.887s in the No.18 Porsche he shares with Romain Dumas and Marc Lieb, set early in the first of three qualifying sessions, was good enough to hold on to top spot. It is the fastest pole lap set at Le Mans since the introduction of the chicanes on the Mulsanne Straight, and the sixth fastest in history in terms of laptime regardless of configuration. It is also the first Porsche to take pole at Le Mans since Michele Alboreto in the Joest WSC 95 in 1997.

Timo Bernhard qualified the No.17 Porsche second, and the No.19 car was the third fastest. Audi sealed positions four through six. The No.8 Audi is placed fourth, with the No.7 car of 2014 winners Andre Lotterer, Benoit Treluyer and Marcel Fassler behind it in fifth. Filipe Albuquerque and his No.9 Audi are in sixth.

Rebellion held on to ninth and tenth place, with fellow LMP1 privateer ByKolles 11th with its CLM, which jumped up the order in the hands of Pierre Kaffer. This was despite a late attack from Nissan, with Harry Tincknell putting the No.22 GT-R LM NISMO into 12th place with just over 10 minutes remaining. The No.23 car of Jann Mardenborough was relegated to 13th, with the No.21 Nissan of Tsugio Matsuda in 15th place and behind the fastest LMP2 car.