The race-bred 911s are a staple in the GT classes, but this year there’s a brace of 919 Hybrids set to battle with Toyota and Audi. 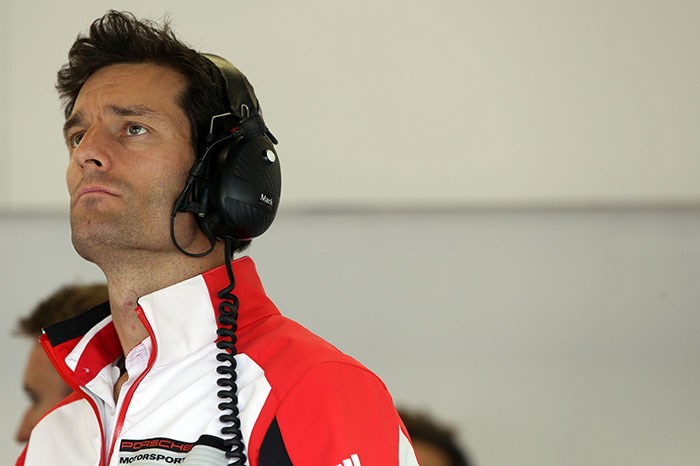 Porsche is back at Le Mans. Words to savour, and to perhaps encourage several thousand racing enthusiasts to dig the tent out of the attic, dust off the English-French phrase book and convince themselves that they can make it to La Sarthe by Saturday lunchtime.

Of course, the Stuttgart manufacturer’s race-bred 911s are a staple in the Grand Touring classes, but this year there’s a brace of 919 Hybrid prototypes preparing to do battle with Toyota and Audi at the sharp end.

Porsche cannot return to the front quietly. It has won the race more times than anyone else – 16 in all – and that brings an enormous level of expectation. And there’s definitely no dampening down the excitement when its two warm-up races in the World Endurance Championship have yielded a podium finish and a pole position.

Central to that buzz is Mark Webber. After 14 seasons in Formula 1, he has joined Porsche’s assault on the world’s most famous endurance race.

“It’s certainly brewing up to be a pretty phenomenal race in terms of the battle at the front,” says Webber, who will share his 919 Hybrid with Brendon Hartley and Timo Bernhard in the big race.

He’s under no illusions that he and the team face a steep learning curve. Like everyone, Porsche has had a solitary test day to acclimatise, although the two cars – the second of which is driven by Romain Dumas, Neel Jani and Marc Lieb – ended that test encouragingly close to the pace.

“The two four-hour sessions were bloody crucial for us in terms of track time and we pretty much nailed it with both cars,” says Webber. “We completed more than 100 laps with each car, so that was a big box ticked, because we’re so low on experience going into the race.

“We gained experience of working with [tyre supplier] Michelin, working with Le Mans downforce levels, working out the compromises around the lap and what effect temperature fluctuations have – the kinds of things that our opponents already know.

Porsche has tailored its 919 Hybrid to cope with the specific demands of Le Mans, not least the bumps and ruts carved into the road by the heavy goods vehicles that pound it for 51 weeks of the year, the sustained full-throttle loads required for 70 per cent of each lap and the ‘heave anchor’ braking zones at Mulsanne Corner and Arnage.

“There’s no talk whatsoever about looking after the car too much,” says Webber. “World Endurance Championship events are 1000km sprint races and these days Le Mans is four of those races back to back.

"If you’re still in contention near the end of the race, there might be an element of pacing to hold position, but if there are places to be gained, the car will still need to perform at a high level. And the Porsche is great; the brakes, engine and gearbox are just amazing.

“Even if it remains dry, the track will change so much during the race. With the Michelin tyres, as the rubber gets laid down on the track, the grip keeps on improving. In recent years, with the Pirellis in F1, that never really happened because the tyres were ‘plastic’ and the rubber never went on to the track. Back in the old days of F1, we used to see the condition of the track really ramp up, changing the conditions and the balance of the car; that’s what’s happening in sportscars and I’m having to get used to it again.”

The latest Le Mans rules restrict the amount of fuel that each car can use each lap, placing an emphasis on energy efficiency and pushing factory teams towards hybrid power systems. However, precisely which form of hybrid they choose is open to a fair degree of interpretation, and Audi, Toyota and Porsche have all chosen different solutions.

Porsche’s answer is to use a 2.0-litre, four-cylinder turbocharged engine as the primary power source, augmented by two energy recuperation systems – one that harnesses excess exhaust gases and another that recovers braking energy on the front axle. The systems store power in a lithium ion battery pack and can be deployed to give a power boost that drives the front axle, making the 919 Hybrid temporarily four-wheel drive.

Webber can already sense the benefits of the hybrid system. “It is quite fascinating how we use that at certain points around the lap,” he says. “Having raced rear-wheel-drive cars for my whole career and now having drive on the front axle, it’s actually a beautiful feeling to come out of the corners a lot more positively with the four-wheel drive system.”

Porsche’s approach has shown promise so far. At Silverstone, Webber, Hartley and Bernhard finished third, but the Australian reckons that the ensuing race at Spa – where they retired with technical problems but their sister car led for a long while – was more indicative of the 919 Hybrid’s true pace.

“At Silverstone, we did a great job with tactics and tyres in the wet and we got a good result where other people made some errors, whereas in Spa, we were the ones who dropped the ball here and there, but we were very, very quick,” he says.

The backbone of Porsche’s approach to Le Mans is to develop the complicated hybrid systems in-house – a strategy that, it feels, will accelerate the transfer of the technology into its road car range.

Like the 919 Hybrid, future Porsche road cars are set to get four-cylinder powerplants, and although the technology isn’t the same, some useful lessons about extracting efficiency gains from performance engines are being learned.

The knowledge also flows from road cars to the racing team, says Webber. “The development of the 918 helped the race team and vice versa,” he adds. “There’s a crossover in the way Porsche has done things in-house. It’s a testament to the approach; it’s risky, but getting it right is a great selling point for the road cars.”

Momentum will be key for Webber and Porsche this weekend. He talks about needing “as little garage time as possible”, a reference to the fact that Le Mans is usually won by the car that spends the least time in the pits during the 24 hours.

“If we can have a smooth day, it will be great, not just for 2014 but also to collate so much data for future years,” he says. “Now we’ve got seven cars at the front that have a chance of doing very, very well, and next year we’ll get Nissan too. It’s great that we have a chance to amass very crucial information, because I think the kitchen is going to get very hot in the coming years.”