Indian driver Aditya Patel qualified fourth in the JK Racing Asia running as one of the supports for the Indian Grand Prix this weekend. 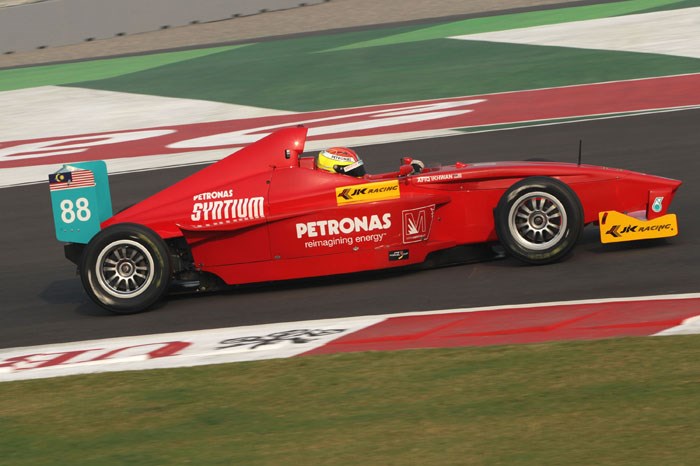 The Malaysian duo of Afiq Ikhwa﻿n and Nabil Jeffri stamped their authority in qualifying for rounds 11 and 12 being held as a part of the Indian Grand Prix weekend at the Buddh International Circuit.

In qualifying for round 11, Ikhwan just managed to sneak ahead of his compatriot Jefferi by just under a tenth, switching positions for round 12 as Jeffri clinched pole by an exact tenth of a second from Ikhwan.

South African rookie Aston Hare, who was back in the car after missing the Silverstone round due to an ankle injury was third for both races – just over half a second adrift of Ikhwan.

The six-strong Indian driver contingent was headed by Aditya Patel, who qualified fourth. Akhil Khushlani, who was quickest in practice yesterday, could only manage eighth, as he encountered some traffic on his fastest laps.

Then it was Raj Bharath in tenth, followed by Vishnu Prasad, Karminder Singh and Akhil Rabindra in 11th, 13th and 15th respectively.