Plans on track to host night races at MMRT in 2020

The Madras Motor Sports Club will introduce night races at the MMRT next year for saloon cars, as part of the Indian National Car Racing Championship. 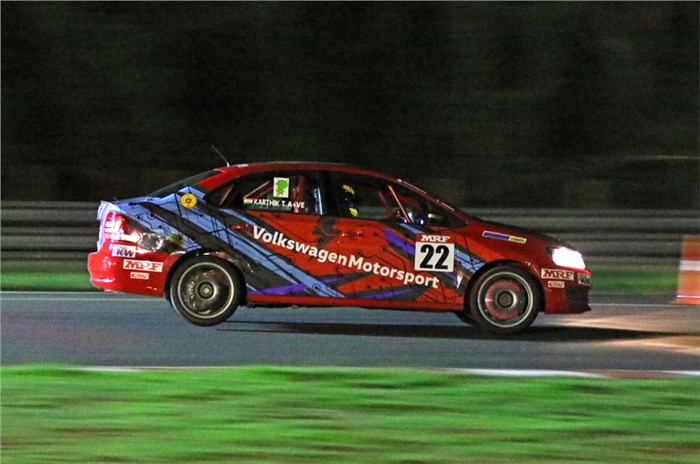 Night races are all set to become a reality in India for the very first time. After successfully conducting a test session at the Madras Motor Race Track (MMRT) earlier this year, the Madras Motor Sports Club (MMSC) has confirmed that it plans to introduce night races in 2020 at the venue, which is located on the outskirts of Chennai. Currently, plans are on to host the night race for saloon cars only– with the India Touring Cars and Super Stock classes of the MRF MMSC FMSCI Indian National Car Racing Championship being potential candidates.

Speaking at the recent 2019 Circuit Racing Annual Awards, MMSC president Ajit Thomas also added that the circuit’s infrastructure will be revamped, with the addition of a permanent Grand Stand and a karting track. “In addition to continuing the highly successful mainstream events, we plan to introduce interesting alternate events like Night Racing after successfully conducting the first-ever night test session for saloon cars at the MMRT in August,” he said. “We also have plans to further upgrade our infrastructure at the track with a permanent Grand Stand and a karting track, after having invested in building two new paddocks, a permanent Drag Racing strip, the only one of its kind in India, state-of-the-art timing equipment, pit display system, etc.”

The four-hour-long night-test session, carried out in August this year, was conducted with temporary floodlight fixtures erected at select locations, and it saw over 100 participants take to the track to offer their feedback. Among these participants were professional racers, including former F1 driver Karun Chandhok, as well as Aditya Patel, Chetan Korada, Arfath Mohammed, Karthik Tharani, Ishaan Dodhiwala and ex-rally driver Ranjit Ballal. Volkswagen Motorsport had provided the race-spec Polo, Vento and Ameo cars for the event, while some participants opted to drive their own vehicles.

After the test session, Chandhok did comment on how conducting night races at the venue for saloon cars does make sense, but a lot of work yet needs to be done to make it a possibility for single-seaters. “The visibility was much better than what I expected. Everyone at the club knows the areas to improve. I think, night racing is entirely doable with saloon cars, but with single-seaters, I think there is still a lot of work to do. A huge amount of investment is required to get the level of lighting up to what you need for single-seaters. Aditya (Patel) and I raced each other in saloon cars and were doing 1:55.4min, 1:55.0min. That is the pace people do during daytime. So, it shows the level of lighting is good to race at night with a little improvement,” he’d said at the time.