Pirelli to use Renault R30 as test car

The Formula 1 tyre supplier will start work on its 2013-spec rubber with the 2010 Renault chassis. 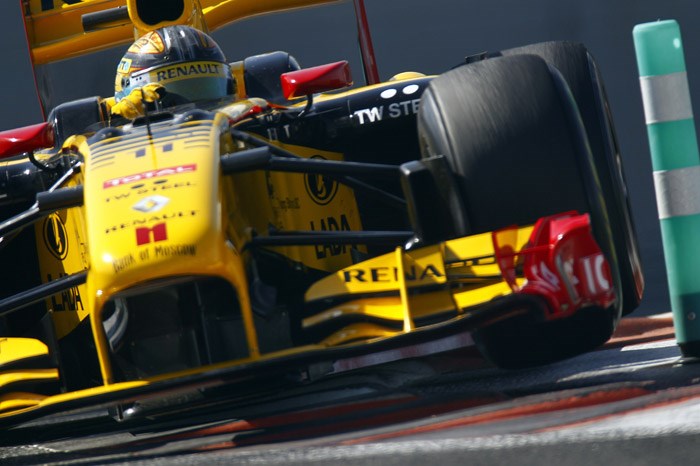 Pirelli has announced a Renault R30 from the 2010 season will be its new test car.

The Italian manufacturer had been looking for a new car to use for testing purposes as the Toyota it had been using up until now was deemed too old.

Pirelli said the Renault R30 will be adapted to simulate the latest technical and aerodynamic regulations.

The car will run with a carbon fibre black Pirelli livery and the test team will be run by Pirelli with no team member connected to a current Formula 1 team.

Pirelli is hoping to announce a test driver within a month.

"It was clear from an early point that we needed a more modern solution for our test car, as while the Toyota TF109 has served us extremely well, it is now three years old," said Pirelli's Paul Hembery.

"Technology as well as the regulations have moved on considerably since then, and the Toyota is no longer able to generate the same sort of forces that we need to simulate in order to meet the current requirements of Formula 1.

"At the top of our agenda is the need to treat the teams entirely equally, which is why the test team will be run independently and all the teams will be able to send an observer to the tests.

"Our new test car will be running to current fuel regulations, with no refueling, so we will be able to simulate a full race distance and the change in balance with the car and tyres."

The Italian manufacturer said four to five tyre tests are anticipated for this season, with the first one set for May.