Says that tyres are not only producing great racing, but they are also allowing the best engineers and drivers to shine. 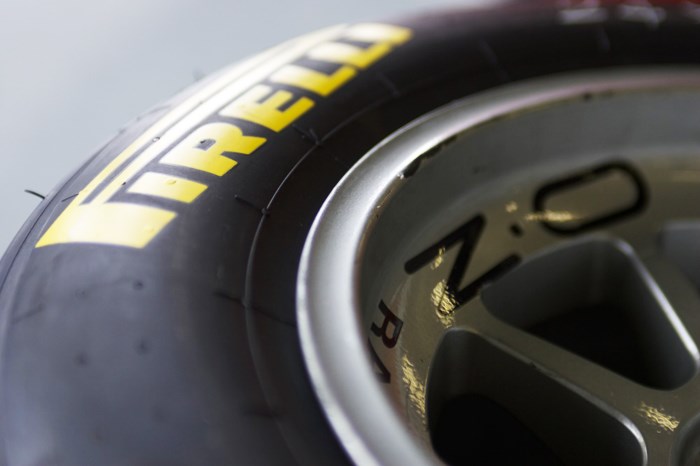 Pirelli is adamant that the best drivers and teams will still win in Formula 1 this year, despite the tyres playing a more important role in the outcome of races.

Many people - including team principals, drivers and engineers – think that getting the 2012 tyres into the right operating window is now essential for success in F1.

That reliance on the tyres prompted Michael Schumacher to hit out at what he felt were limitations being imposed on drivers because they cannot push their cars to the limit without losing tyre performance.

But Pirelli's motorsport director Paul Hembery says that not only are the tyres helping produce great racing, but they are also allowing the best engineers and drivers to shine.

"The season so far has been fantastic: we've had four different winners and four different championship leaders," Hembery said. "So the competition has never been closer and part of that is down to the fact that everyone has exactly the same opportunities and challenges with the tyres.

"It is down to them to make the best of it. Formula 1 has always been a meritocracy; in the end the best engineers and drivers will always succeed."

Lotus team principal Eric Boullier concedes that understanding tyres is more essential now than ever – but he does not think teams can ignore more normal car developments.

"It is key to get your car into a position where you can exploit the tyres in the right way," he said. "It makes no sense to try and bring a couple of tenths from downforce if you don't understand the tyres, because you can lose a lot more.

"But you have to keep developing the car if you want to keep contact with the top teams."

When asked if he felt the tyres were too critical to performance on a grand prix weekend now, Boullier said: "No. But we need to understand how they work, we need to get the best out of them, and we need to make them last for as long as possible."