Peugeot will be competing on the marathon event as a factory entry for the first time since its fourth consecutive win on the rally 25 years ago. 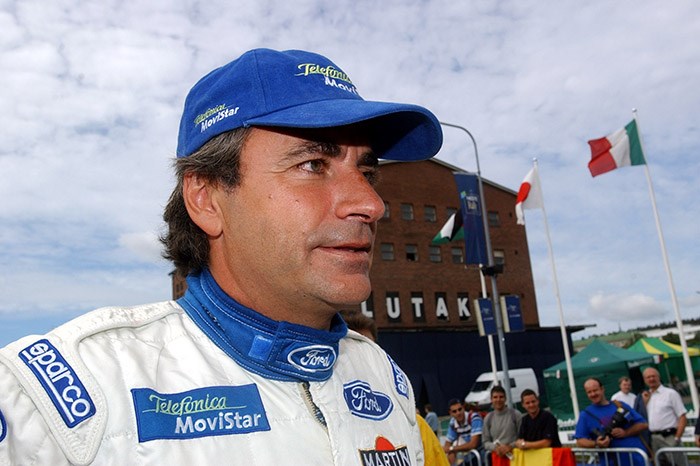 Peugeot has confirmed Carlos Sainz and Cyril Despres will spearhead its Dakar Rally return in 2015.

The French manufacturer will be competing on the January marathon event as a factory entry for the first time since celebrating its fourth consecutive win on the rally 25 years ago.

In a statement, Peugeot said: "Inevitably, the decision recalls a particularly successful period in the history of the French team which made an indelible mark on the Dakar by winning the legendary competition four years running from 1987 until 1990, first with the 205 T16 Grand Raid, then with the equally iconic 405 T16 Grand Raid."

The team's return to event will be based on the Peugeot 2008 Crossover.

"The Dakar will naturally be the chief focus of Peugeot's new, multi-year programme which will also include a certain number of other events in order to help it to prepare for the annual South American marathon," he statement continued.

For Sainz, it marks his first foray with the French outfit and the 2010 Dakar winner said it was a proposal that was difficult to resist.

"I have often competed against Peugeot in the past and I know how passionate they are about motorsport," he said.

"I also know that when they decide on a programme, they put everything into it - I'm the same.

"Given how much I love the Dakar, it was too good to resist when they asked me to be part of its line-up."

Despres is switching to four wheels after five Dakar victories in the bikes category.

"It was a natural process," said the Frenchman. "When you do the Dakar on a motorbike, you can spend up to 10 hours on your own every day, so you have plenty of time to reflect on things.

"In fact, the idea dawned on me during January's Dakar, then Peugeot came up with this incredible opportunity.

"I weighed up the pros and cons - it's a dream come true and the beginning of a new life!"

Further announcements will be made at next month's Beijing Motorshow, when Stephane Peterhansel is expected to join the team.

Sainz and Despres will begin testing the 2008 DKR in June.