The 27-year-old Russian, will partner Heikki Kovalainen at Caterham. 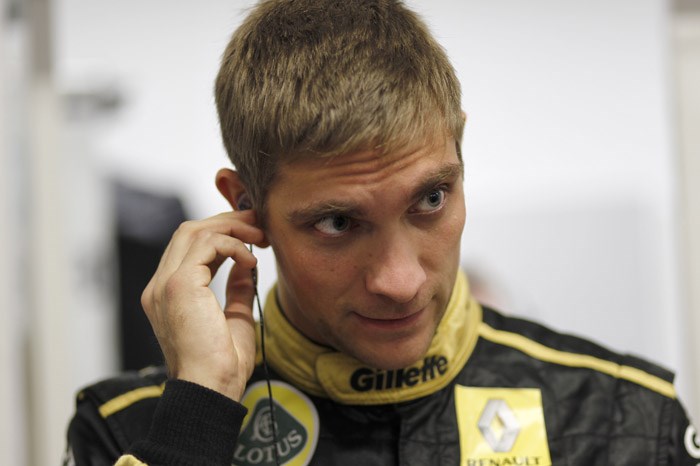 Vitaly Petrov will race with the Caterham team during the 2012 season, taking Jarno Trulli's place at the squad, it was confirmed on Friday.

The Russian had been linked with the outfit for several weeks despite the veteran Italian having a contract with the team he had raced for since the 2010 season.

Petrov was left without a racing drive after Renault - now Lotus - signed Kimi Raikkonen and Romain Grosjean for the 2012 season.

The 27-year-old from Vyborg, Russia, will partner Heikki Kovalainen at Caterham.

"This is a very exciting day for me," said Petrov. "I would like to thank Tony, Kamarudin Meranun and SM Nasarudin for giving me the chance to join a team that made its F1 debut at the same time as me, and has grown from one of the new teams to a serious force for future honours.

"The passion and spirit that Tony and the whole team have to keep moving forwards is infectious, and I am honoured to be able to join them and play my part in helping the team mount a serious challenge to the teams ahead in 2012 and for many seasons to come.

"I have been training hard all winter and am ready to get back into the cockpit and go to work. From what I have seen already, our new car is another good step forward from 2011 and now I cannot wait to see how it feels when we get to Barcelona. I would also like to take this chance to thank all my fans and partners for their support and their patience."

Petrov made his Formula 1 debut with Renault in 2010 after finishing runner-up to Nico Hulkenberg in the GP2 Series the previous year.

He has scored 64 points, including a podium finish at the season-opening Australian Grand Prix last year.

Trulli, 37, is left without a Formula 1 drive for the first time since he made his grand prix debut with Minardi in 1997.

"I want to take this chance to thank Tony, Kamarudin, SM Nasarudin, Riad, Mike and everyone in the team for the two seasons we had together," said Trulli.

"From zero we built up and established a solid F1 team. I'm really proud to have been part of it. I understand the decision the team has made and I want to wish to the whole team the very best of luck for the season ahead."

Team boss Tony Fernandes said the decision to replace Trulli had not been an easy one.

"It was not an easy decision to bring Vitaly in to replace Jarno, but it was one we made to ensure that we give fresh impetus across the whole team and with a realistic eye on the global economic market," he said.

"Jarno has an incredible natural talent behind the wheel, and his winning record and longevity in the sport will bear testament to that talent in the Formula 1 annals forever, but now it is time to open a new chapter in our team's story, and Vitaly is the right person to help us do that."

It will be the first time since 1970 than an Italian driver is not on the grid for the start of a Formula 1 season.