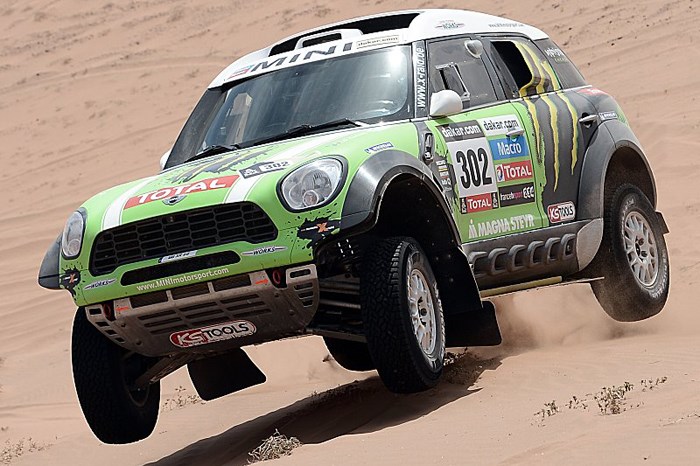 Stephane Peterhansel clinched his 11th Dakar Rally victory with a calm run to the finish in Santiago on Saturday.

The Dakar legend utterly dominated the majority of the 2013 event, establishing his X-raid Mini up front even before the potentially faster Red Bull Buggies of Nasser Al-Attiyah and Carlos Sainz dropped out.

X-raid filled four of the top five places. Nani Roma fought back from early delays to third before dropping behind Mini stablemate Leonid Novitskiy again when he waited to run as support to Peterhansel on the penultimate day.

That was still better off than Robby Gordon. The American's Hummer flew in the final stages as he recovered from the early disasters that had left him six hours behind in 43rd place just four days in.