Perez was left without a drive when McLaren opted to take Formula Renault 3.5 champion Kevin Magnussen. 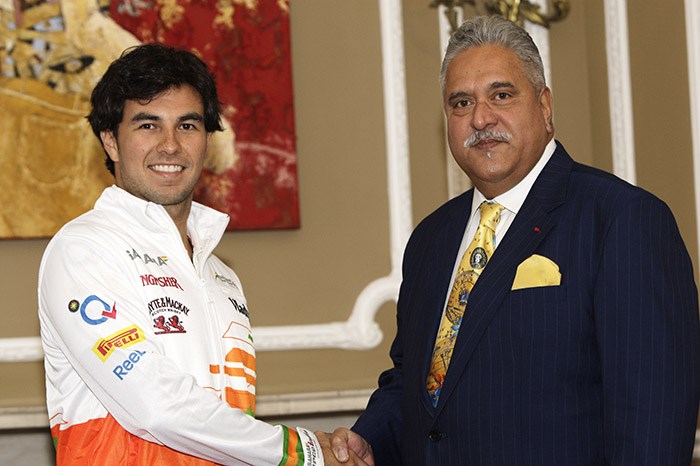 Sergio Perez will race for Force India during the 2014 Formula 1 season, with the team unveiling the Mexican in London on Thursday.

Perez switched to McLaren after two years with Sauber for this year's F1 campaign, but was left without a drive when the Working-based team opted to take Formula Renault 3.5 champion Kevin Magnussen.

Despite the late nature of that call, Perez was confident he would be on the grid next year and has been regularly linked to the vacant second Force India seat.

Perez will therefore line up alongside Nico Hulkenberg, whose return to the team wasconfirmed last week.

AUTOSPORT understands Perez brings a commercial package believed to be worth around 15 million euro.

"It's great to announce my new team as Force India," said Perez. "Coming here was always my first choice and I'm really happy everything has now been confirmed.

"I want to say thank you to Vijay and the whole team for giving me the opportunity.

"This is a young team with a lot of determination and they've produced competitive cars for the last few years.

"It's all change for next season with the new regulations, but I already have a good feeling about 2014. My plan now is to visit the factory and get to know everyone in the team."

2013 Force India drivers Adrian Sutil and Paul di Resta will therefore both need to move on if they are to stay in F1.

Sutil remains in the running for a Sauber seat, but AUTOSPORT understands that di Resta's chance of staying in grand prix racing are slender.