Daruvala topped-off an otherwise difficult weekend with a 3rd-place finish in Race 3. 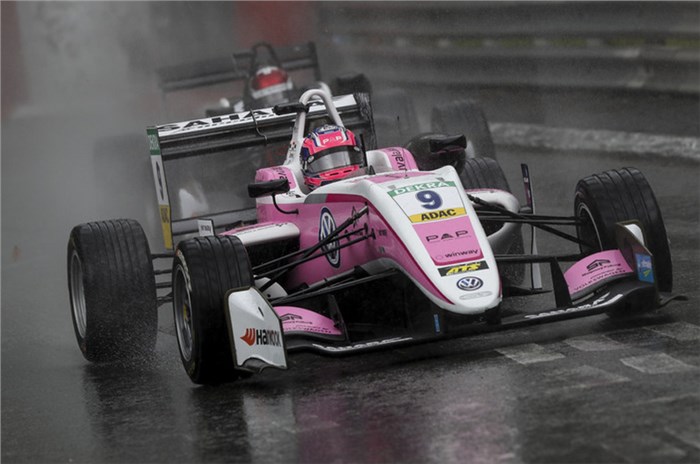 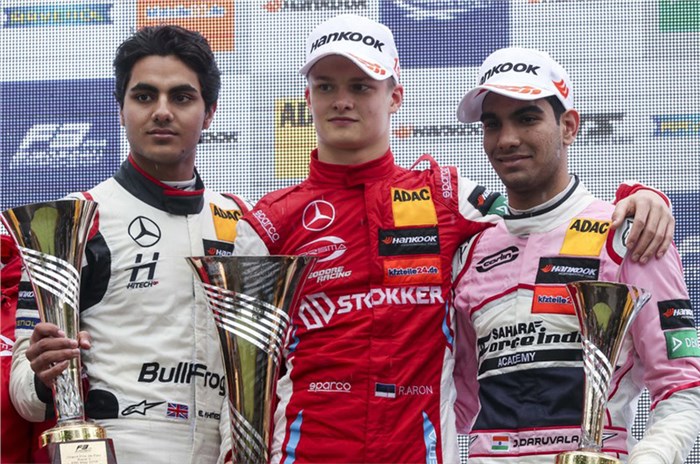 In the qualifying session for Race 3, Daruvala looked all set to bag pole position. However, he was blocked by a slower driver and had to start the race from 5th on the grid. He secured his 3rd place finish in the wet by passing Motopark’s Fabio Scherer, climbing two places before the first corner. The Carlin racer was comfortably in 3rd when the race was stopped 13min before schedule due to the undriveable wet conditions, thus sealing his podium.

The race itself saw just eight laps of racing before having to be red-flagged due to poor weather conditions. As a result, all the drivers were awarded half-points, since less than 75 percent of the race distance was covered.

The 3rd­-place finish topped-off what was an otherwise difficult weekend for Daruvala. He had a poor start for Race 1 and lost a couple of places before climbing up to 7th place. His race was brought to an abrupt end, though, due to a suspension failure. He started Race 2 from 7th on the grid and went on to finish in 6th place.

“I made a mistake in the first qualifying which cost me pole. In the second qualifying I was unfortunately held up which again cost me pole position. I am very happy with my pace, especially in the wet, I am now much more confident and up there. After all the things that went wrong, I am relieved with the podium this weekend. It’s time to put this behind me and continue working hard for the rest of the season” said Daruvala.