Apart from live qualifiers in Delhi, Mumbai, Bangalore and Chennai, those interested to participate can also register online. 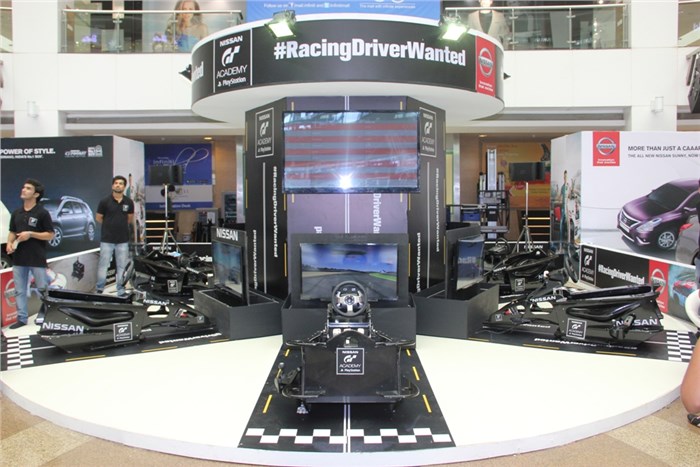 The Nissan GT Academy is back for its second edition in India. The programme allows anyone with a valid driver's license to take part. Participants have 10 minutes to post the best lap times on the PlayStation 3 game Gran Turismo 6.

Like last year, live qualifiers are being held in four different cities – Delhi, Mumbai, Bangalore and Chennai. Other than the live qualifiers, those interested can also register online to take part in the programme. A total of 10 finalists will be chosen from the live qualifiers while 10 more will be selected from among the online participants for the final rounds in Chennai next month.

This year, Nissan also announced the GT Academy Asia competition. The Asian region will feature Thailand and India with the Philippines, Indonesia and Japan participating for the first time. While the winners from among the finalists of the Indian contest will make their way to the Silverstone Race Camp, those who triumph in the Asian competition will get a chance to race at the Dubai 24 Hours in January 2016.

The 2015 season of the Nissan GT Academy will be the biggest yet with gamers from 24 countries taking part.