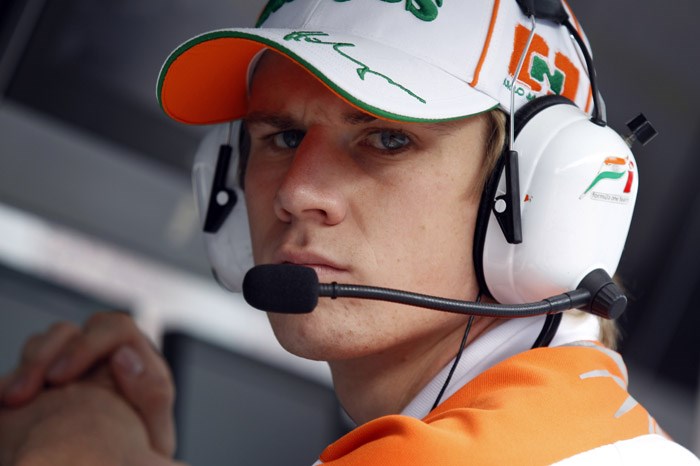 Nico Hulkenberg says hearing he had secured a racing seat with Force India for 2012 was a relief after months of speculation.

The German, who made his debut in Formula 1 with Williams in 2010, was Force India's reserve driver during the 2011 season, but was expected to replace Adrian Sutil in 2012 for several weeks.

The confirmation only arrived last week, and Hulkenberg conceded he was tense until the news was finally announced.

"As you just said, it was a relief," Hulkenberg told the official F1 website. "For as long as you haven't been given a thumbs-up that your future is secured, you always feel some 'light' tension. It was a fantastic moment when all the pressure suddenly fell away."

He added: "Of course I learnt it a little earlier than the public. And there had been some positive signs in the middle of the season. I always got good feedback from the team, so I was actually quite optimistic that in 2012 I would be back and that there would be no more 'third-man' role for me."

Hulkenberg believes his third-driver role with the team during 2011 helped him stay sharp ahead of his return to racing next year.

"Obviously I was not racing, but at least it kept me sharp, I believe. Even though I hardly ever drove more than 20 laps during the sessions, I always adapted very quickly - better than even I expected.

"At the beginning of next year I will need some time to regain the level I had at the end of 2010, but with the help of the team, I hope to get there again pretty quickly."