The new T1 Prima race truck is the most powerful made-in-India truck; set to compete in the T1 Prima Truck Racing Championship this Sunday. 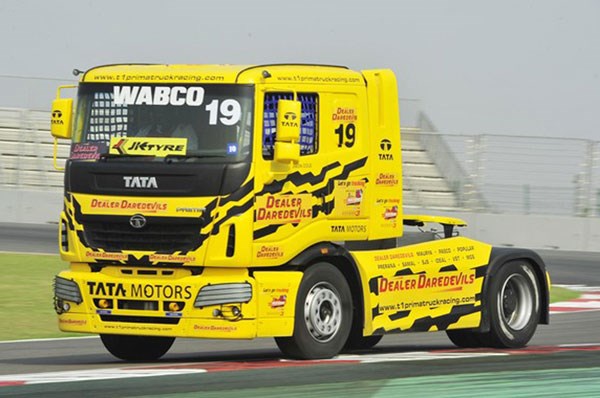 With the fourth season of the T1 Prima Truck Racing Championship set to be held on Sunday, March 19, at the Buddh International Circuit (BIC), Greater Noida, Tata Motors has revealed the latest iteration of the Prima race truck. The machine for the new season is the most powerful made-in-India truck with 1,040hp on tap.

With over double the power in comparison to the T1 race trucks competing in season 3, the new 1040hp race truck is similar to race trucks that compete under the broad umbrella of the FIA in the United Kingdom and Europe.

The powerful engine has been developed in collaboration with diesel engine major, Cummins Inc., of the US. The 12-litre ISGe Cummins engine, mounted in the centre of the chassis for equal weight distribution, with enhanced fuel delivery and air flow, develops maximum power of 1,040hp at 2,600rpm and torque of 3,500Nm at 1,600-2,200rpm.

The new T1 Prima accelerates from 0-160kph within 10 seconds, the power being managed by an all-new ZF 16-speed gearbox. With high-performance rotating parts made of special materials, Tata Motors says the engine is meant to withstand high temperature and pressure that a race truck is subjected to on a race track.

Six racers from the rest of Europe will represent the ETRC and will compete in the Pro Class category alongside six British drivers from the British Truck Racing Association (BTRA), who have raced in T1 since its introduction in 2014.  Among these are Spanish Antonio Albacete, three-time ETRC Champion (2005, 2006 and 2010); Hungarian Nobert Kiss, two-time ETRC Champion (2014 and 2015); and T1’s first woman driver Stephanie Halm.

Engine – 1,040hp, 12-litre engine mounted in the centre of the chassis for equal weight distribution over axles.

Chassis – Box-type frame, made with two cross-members only sub-frame – reinforced with a frame to enhance structural rigidity of frame, as well for packaging components.

Power cut-off switch – Mounted at the rear and operated manually, as well as mechanically.