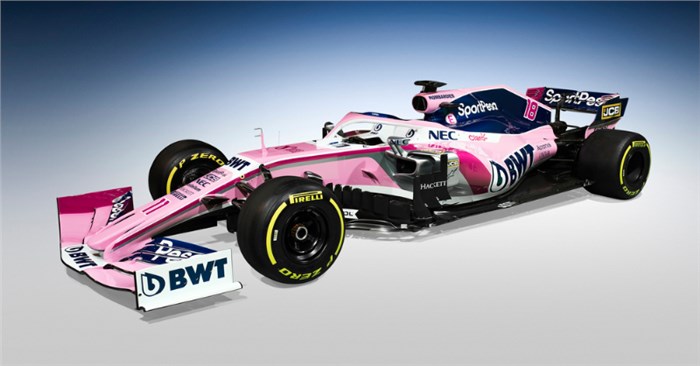 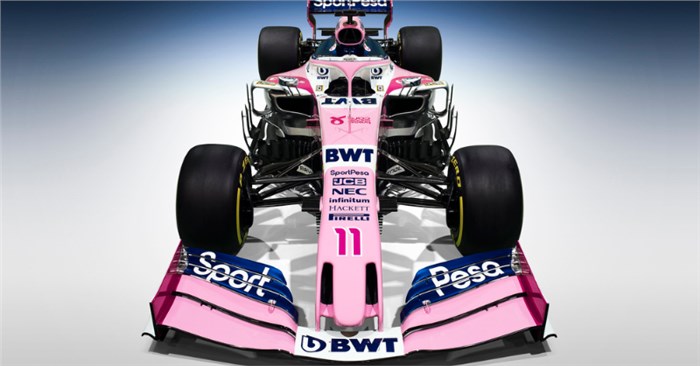 The Racing Point F1 Team has officially revealed the car it will be competing with for the upcoming 2019 Formula 1 season. Having previously competed in F1 as Sahara Force India, the team had to participate in the second-half of the 2018 F1 season as an all-new entry, after Force India fell into administration and was taken over by a consortium led by Lawrence Stroll.

The new images also offer a first look at the identity Racing Point will be competing with – the team continues to sport a pink livery owing to its principal sponsor BWT, but with the addition of more blue. The team also announced global technology and entertainment company SportPesa as its new title sponsor.

“After months of hard work behind-the-scenes it’s incredibly exciting to come to Canada and present our new identity. The long-term aim is to take this team to the very top of the sport. We are putting the building blocks in place and it’s important we take a good step forward in 2019 as we begin this new era. We want to be fighting for podiums on merit and aiming for a strong top-four finish in the championship,” said team principal and CEO, Otmar Szafnauer.

Despite putting in strong results, over the past few years, financial issues limited Force India when it came to introducing mid-season developments. But with a new ownership structure in place, Racing Point will be hoping to be better positioned in the development race. The team will field Sergio Perez and Lance Stroll as its drivers for 2019.