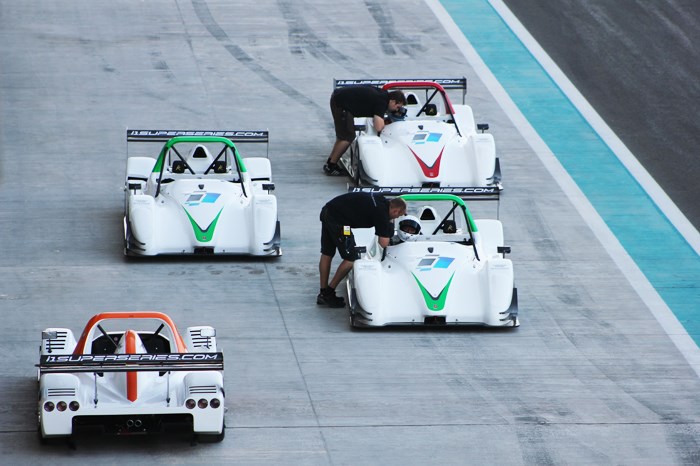 The organisers of the i1 super series have drafted a new season calendar with the opening race on February 11 at the Losail International Circuit in Qatar, AUTOCAR INDIA can reveal.

Originally due to kick off on 22nd January at Sepang, polls in the constituency of Gautam Buddh Nagar, home to the Buddh International Circuit, was cited as the official cause for postponement.

It should be noted though that the series was originally scheduled to visit Losail on February 11th for round four, so essentially the same round now becomes the season opener. We think this has been done to avoid the hassles of cancelling and rebooking the venue for a later date, but even otherwise organisers have their hands full rejigging the dates and accompanying logistics.

The truth in the last statement is apparent by the glaring omission of Sepang International Circuit from the calendar, earlier scheduled to host the season opener. The Formula 1 and MotoGP venue is especially favoured by European teams thanks to the excellent weather at this time of the year. The fact that the MotoGP contingent would fly half way around the world, twice, on January 31st and then February 28th for their two pre-season tests is proof enough – surely the circuit wouldn’t have been able to accommodate the i1 series on a mutually-convenient date given the short notice.

As a result, the series has been essentially restricted to the Middle East, after kicking off in Qatar, visiting Bahrain, Abu Dhabi and Dubai (Autodrome replacing Sepang) through the month of March before culminating at the Buddh International Circuit on March 31st.

Apart from the fact that this makes the series look like a Gulf-based championship that is visiting India for a round rather than an Indian series with Indian drivers, a more serious issue underlies concerning the visit to Bahrain on February 25th. The prevalent political unrest in the country is no secret as frequently reported by the press despite the kingdom’s best efforts to contain the issue. In the light of the situation, the 2011 F1 season-opener was first postponed before being cancelled altogether and despite the event featuring again on the calendar in April 2012, which has been met with wide criticism with teams being urged to boycott the event. It might be a wise choice, considering the continuing violence despite a promise from the regime to prevent security forces from using force against citizens, 1600 of whom had been arrested since the peak of unrest about nine months ago.

As a result, the i1 organisers will have their hands-full ensuring the safety of all drivers and personnel and even otherwise, on a moral and an ethical note – an extravaganza like racing has no business being in a place like Bahrain, where people have more critical issues to contend with on a daily basis.

Another concern for drivers racing internationally is the fact that i1 has gone from being an off-season, winter series to stretching itself right through the month of March. This can cause headaches as pre-season tests and international seasons traditionally kick off around the same time so a few drivers may end up missing races as they juggle between their already committed and contracted international championships and the i1 series.

Definitely not what the drivers signed up for and thus after the high of the promising pre-season test at Yas Marina, the series once again finds itself testing the faith of those involved.