The 2017 F1 season comes with new regulations that make the cars faster by 5.0sec a lap. Following are the changes. 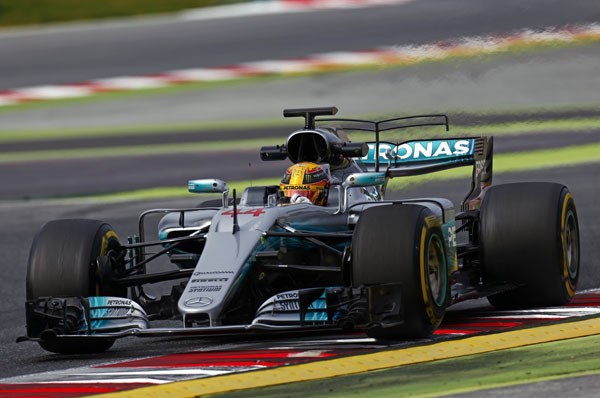 The technical changes to this year's Formula 1 regulations are drastic – so much so that cars are expected to be around 5.0sec a lap quicker than last year. But what exactly has changed? We run through the differences.

The points refer to the image above them. 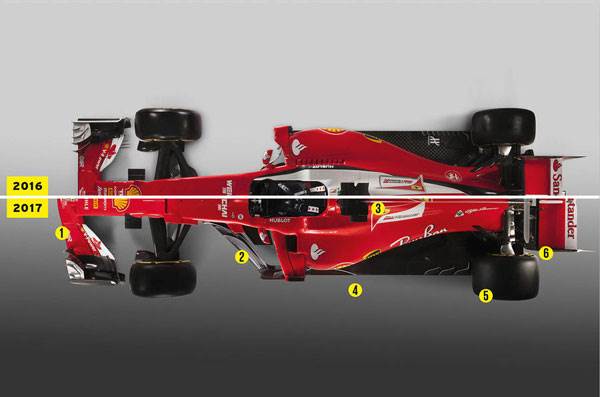 1. Front wings are now 1,800mm wide, up from 1,650mm, and the nose is 20mm longer. However, the endplates are the same distance from the front tyres due to the wing’s new, more curved shape.

2. Aerodynamic bargeboards and turning vanes make a return between the side pods and front wheels. The bargeboards smooth the turbulent air coming off the front wing and wheels.

3. ‘Shark fins’, which are aerodynamic devices extending rearwards from the airbox, along the engine cover, improve how airflow is channelled.

4. The minimum weight of the car has increased by 20kg to 722kg to compensate for the heavier new tyres.

5. Brake discs will be up to 4mm thicker this year with braking torque increasing by 25 percent and a braking force of up to 6g predicted.

6. The maximum height of the rear diffuser has increased from 125mm to 175mm. 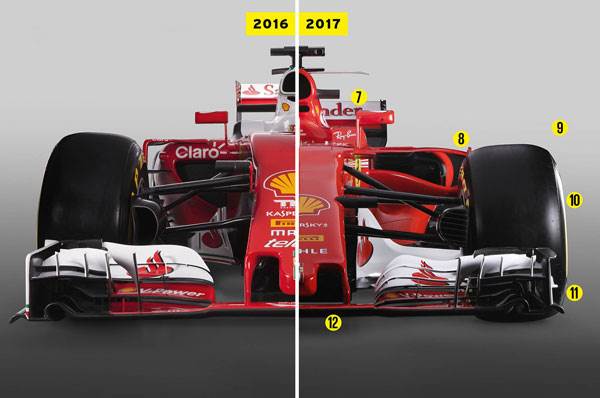 7. The rear wing is 150mm lower and 200mm wider than before, with inward curving endplates.

8. An increase in aerodynamic parts, and consequently downforce loads, will make the cars between 3.0sec and 5.0sec quicker per lap, depending on the circuit.

9. The fuel limit for each race has been increased by 5kg to 105kg, so the cars have larger tanks.

11. Wheels are still 13-inch in diameter, but they’re 25 percent wider than last year’s. The front tyres are up from 245mm to 305mm and the rears have grown from 325mm to 405mm. The greater contact area increases grip.

12. The sustained lateral g-force that drivers experience could be up to 5.5g around corners such as Turn Three at the Catalunya circuit. Last year, that was about 3g. Cornering speed will increase by about 40kph.