Nelson Piquet Jr moves to the NASCAR for 2010. 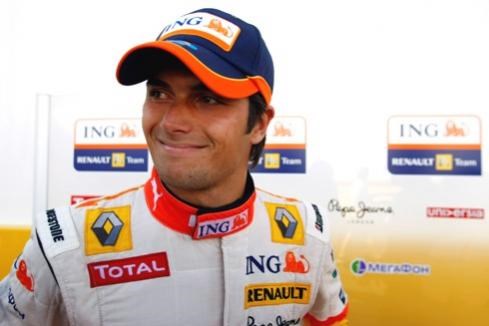 Nelson Piquet Jr will race in NASCAR this year after giving up on landing a Formula One drive.

The Brazilian, who has been involved in the 'crashgate' affair after leaving the Renault F1 team during the 2009 season, did not confirm in which series he will race, but made it clear it will be in NASCAR, meaning it will be either the Truck, the Nationwide or the Sprint Cup series.

Piquet tested a NASCAR truck from the Red Horse Racing team in October last year and is expected to test again this month. "I have spent the last few months carefully evaluating my options for this year," Piquet wrote on his website. "I had to choose a path and it was a difficult decision to make.

"I think it will be a positive environment and a good life experience. I am sure this year is going to be fantastic and I am very excited at the prospect of my future. "I am sure I'll still do some racing in Europe as I have a lot of ambitions in my life, one of which has always been to win the Le Mans 24 Hours."