Over the 2015 winter, Narain was set to continue in Super Formula for this season, and grabbed the opportunity to race his third Super Formula season. 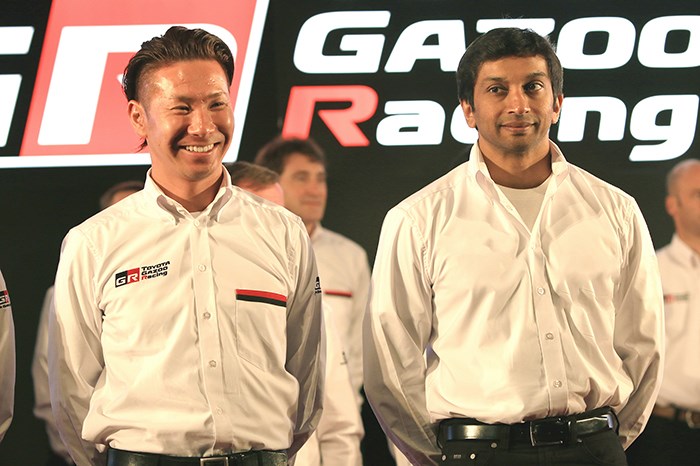 Team Le Mans is one of the front-running teams in what is the fastest motor-racing championship outside of Formula 1. Team Le Mans has a long and successful history in motorsport, competing in categories including F3, F2, F3000, Group-C, and Formula NIPPON (now called Super Formula).

Over the 2015 winter, Narain was set to continue in Super Formula for this season, and grabbed the opportunity to race his third Super Formula season in with Team Le Mans just after the New Year.

The difficulties faced during last season’s campaign were an obvious factor in the final decision as well, and eventually the partnership with Team Le Mans was confirmed. Given the squad’s experience and resources, it would hopefully allow Narain to be a consistent Super Formula front-runner. So far, his best result has been a third place finish at the 2015 season opener at Suzuka after qualifying on the front row.

“It was a good, busy off-season for us – trying to make things happen and soon we were able to come to a conclusion for the 2016 campaign and I am really looking forward to getting back in the car”, remarked an excited Narain.

“Le Mans is one of the top Super Formula teams with a rich history and I want to use all their experience and knowhow in Japan to deliver a consistent and winning campaign”, he added.

Of course, being teammates with Kamui Kobayashi will be a highlight as well – the Japanese F1 driver is known for his aggressive style particularly in the races and has already impressed the paddock on his Super Formula debut last year.

“Kobayashi is an extremely fast driver and will be a good benchmark, he was on the Formula 1 podium at Suzuka [2012] and coupled with his experience on other Japanese circuits, will be a formidable teammate and rival”, Narain stated.

“Of course we will work together to get the best results for the team, pushing each other throughout”, he furthered.