The Indian has held preliminary talks with a number of teams, including Chip Ganassi Racing and Andretti Autosport. 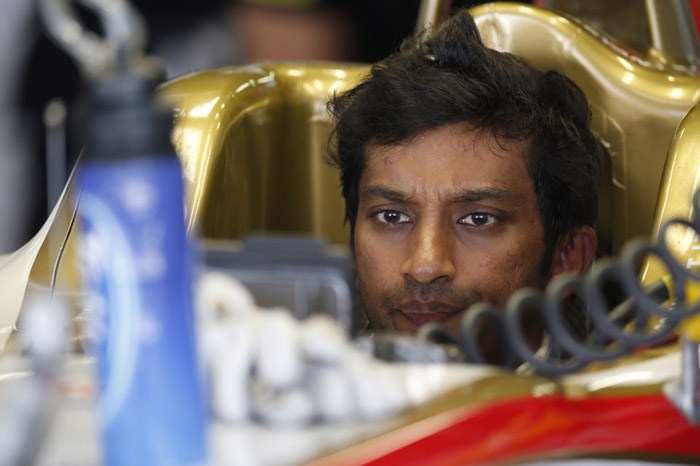 Narain Karthikeyan believes that the oval racing experience he gained in the NASCAR Trucks will help him if his planned switch to IndyCar comes off.

The 36-year-old Indian confirmed that he is focusing on landing a drive in American single-seater racing if he does not land a Formula 1 role.

He has held preliminary talks with a number of teams, including Chip Ganassi Racing and Andretti Autosport, but has yet to finalise a deal despite his ability to bring a part-budget for the 2013 season.

He previously raced in NASCAR Trucks in 2010, an 11th place at Texas Motor Speedway being the best result from his nine appearances.

"There are obviously some very big differences between NASCAR and IndyCar, but the oval racing experience I have can only help. Karthikeyan said.

"There will be a lot to learn, but at least I have a small advantage over a total rookie."

Karthikeyan is unlikely to remain in F1 this year unless a buyer for the HRT outfit can be found soon.

He is encouraged by the results that another ex-grand prix driver, Rubens Barrichello, earned in his rookie IndyCar season last year.

After making a slow start with KV Racing Technology, Barrichello gradually moved towards the front of the IndyCar field.

He qualified third and sixth at the Milwaukee and Fontana ovals and finished two of the last three races inside the top five to wind up 12th in the championship.

"If you look at what Rubens achieved in IndyCars last year, you can see that it is possible to get some good results even if you are not driving for a top team straight away.

"So hopefully with the experience I have, I should be able to do a good job and prove myself."