Karthikeyan's return to the HRT cockpit for the Indian Grand Prix has been all but confirmed after he sealed a sponsorship deal with Hero Motors for the event. 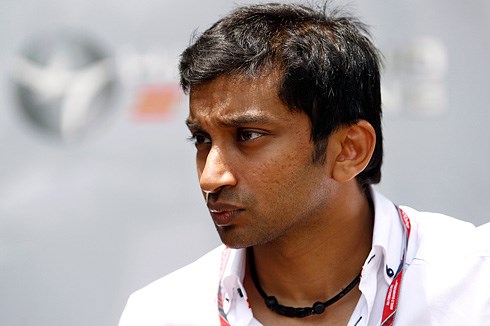 Narain Karthikeyan's return to the HRT cockpit for the Indian Grand Prix has been all but confirmed after he sealed a sponsorship deal with Hero Motors for the event.

Karthikeyan was dropped from the HRT race line-up in favour of Red Bull protege Daniel Ricciardo from the British Grand Prix onwards, although it was always anticipated that he might be brought back in for the inaugural Indian GP on 30 October. He has continued to work with the team as a Friday driver even after losing his race seat.

Hero Moto Corp has now announced that it will back Karthikeyan and HRT in the Indian race - a move that Karthikeyan hopes will help to further spur interest in Formula 1 in his nation.

"Today is a very important step in the right direction for motorsports in the country," Narain said. "The sport has come a long way since the day I started racing. Viewership has gone up a lot, and corporate support is now more forthcoming.

"Formula 1 is in its nascent stage in India with great potential waiting to be explored. I hope with the support from Hero Motors we will be able to scale new milestones in the times to come."