The duo will represent India at 2018 RFC Global Series finale that will be held in Malaysia at the end of the year. 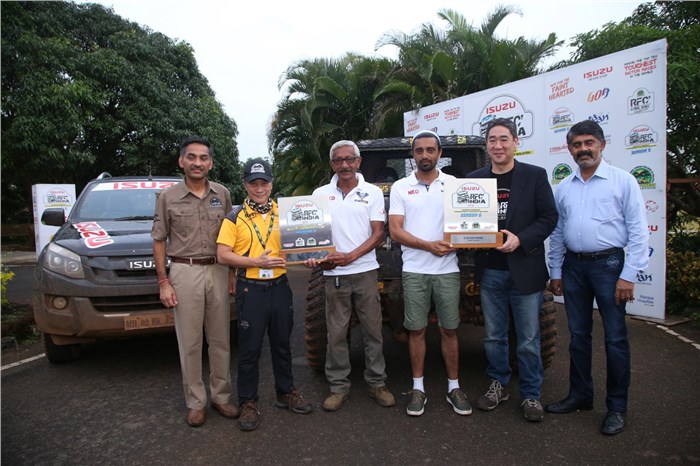 After seven grueling days, the 2018 Isuzu Rainforest Challenge (RFC) India reached its conclusion with the final stage (SS26) held at the Rajiv Gandhi IT Habitat in Dona Paula, Goa. Team V5 Offroaders’ Nanjappa and co-driver Chetan Changappa ultimately clinched the title with a points haul of 2,006 out of a maximum 2,600. As the 2018 champions, Nanjappa and Changappa have won an automatic free entry into the 2018 RFC Global Series finale that will be held in Malaysia at the end of the year.

“This is an incredible feeling. I would like to thank my co-driver, my service team and my buddy – the Jeep – all of whom put up a fantastic performance. We enjoyed every moment of this competition, specially the challenging ones. We were prepared for a tougher and more competitive event this time and we knew that we had to maintain the lead from the very start. The conditions of the competition were highly unpredictable and kept varying from contender to contender. In the end, I think these conditions worked in our favor and piloted us to the victory,” said Nanjappa.

The veteran rallyist finally added the RFC India title to the list of his achievements – which include being a nine-time Indian National Rally Riders Champion, a Great Desert Rally Champion, amongst others – on his third attempt at the off-roading competition.