His title rival Tio Ellinas had a tough day one podium finish, one fourth place and a DNF, conceding the standings' lead to the British driver. 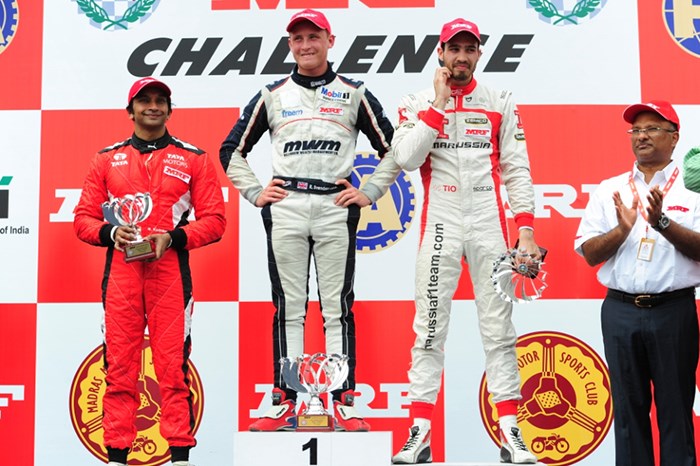 British driver Ruper Svendsen-Cook became the favourite for the MRF Challenge 2013 after two convincing wins at the Madras Circuit in Chennai.

His title rival Tio Ellinas had a tough day after only one podium finish, one fourth place and a DNF which saw a 22 point advantage turn into a 9 point deficit as the championship heads into the last two races of the championship. Indian F1 driver Narain Karthikeyan thrilled the home crowd with a great effort to finish third on his return to the MMRT.

Amongst the Indian contingent, it was Raj Bharath who recorded the best finish of sixth in race one. The 19-year old Indian was within the shot of the podium in race two, running in a brilliant fifth and closing in on the leading pack, but a suspension failure on the final lap ended his race in the gravel trap.