Drugovich puts up an impressive performance to win the first three races in Abu Dhabi; Falchero finishes on podium in all three races. 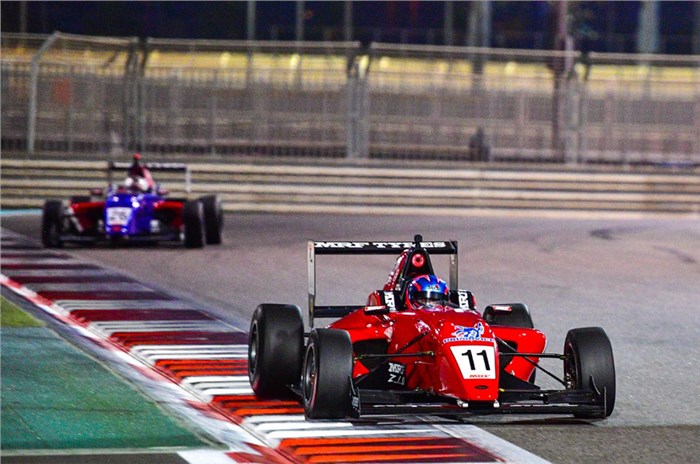 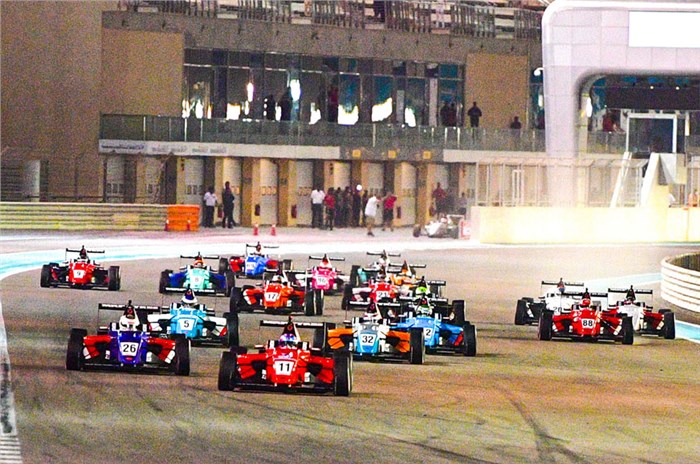 Felipe Drugovich has strengthened his championship lead after winning the first races of Round 3 of the MRF Challenge in Abu Dhabi. The Brazilian driver now has a 71 point lead with 5 races still to go.

Race 1
Starting on pole, Drugovich pulled off the perfect start. Julien Falchero, meanwhile, lost out to Presley Martono. Rinus van Kalmthout’s weekend went from bad to worse when he collided with Robert Wagner putting both drivers out of the race, and bringing out the safety car. Following the safety car period, Drugovich easily pulled away, while Martono had his hands full with Falchero.

Behind them Louis Gachot and Alex Karkosik fought for fourth place. The safety car came out again when Michael Amendalo stopped at Turn 9. With just two laps remaining, Drugovich coasted to an easy win with Martono holding off Falchero for second. Gachot finished in fourth place, ahead of Karkosik and Danial Frost.

Race 2
In the reverse grid based Race 2, Frost made the perfect getaway with Gachot slotting into second, ahead of Falchero and Drugovich. Gachot tried to pass Frost on the second lap but ended up hitting him and putting him out at the spot. Falchero tried to take advantage and pass Gachot, only for Drugovich to get past both drivers and storm into the lead.

Martono got past a recovering Gachot for fourth place, and was later given a 20 second penalty for his collision with Frost. Drugovich, meanwhile, pulled away at the front to take his second win of the weekend. Falchero finished in second place ahead of Karkosik and Martono. Nazim Azman got his best finish of the season in fifth, while van Kalmthout pulled off an impressive recovery drive from 17th to sixth.

Race 3
For the third race, Drugovich made yet another great start and led into Turn 1 while Falchero lost out to Karkosik and Martono. Martono tried to pass Karkosik on the third lap – both drivers collided, allowing Falchero to get past into second place. Karkosik was forced to retire and Martono, who suffered front wing damage, also retired later in the race.

Drugovich pulled away to yet another victory while Falchero followed him in second, just ahead of a charging van Kalmthout – who made it up from 16th place to third after just four laps. Amendalo came in fourth place, ahead of Manuel Maldonado and Azman.

"The car just suits this circuit and I love driving here. The second race was more challenging than the other as I took advantage of the chaos in front of me and got to the front. After that it was all about maintaining the pace and ensuring we finished in front. A big thank you to my engineer and mechanics for making this happen,” said Drugovich.