The history of motorcycle racing on Pikes Peak dates back to the inception of the race in 1916. 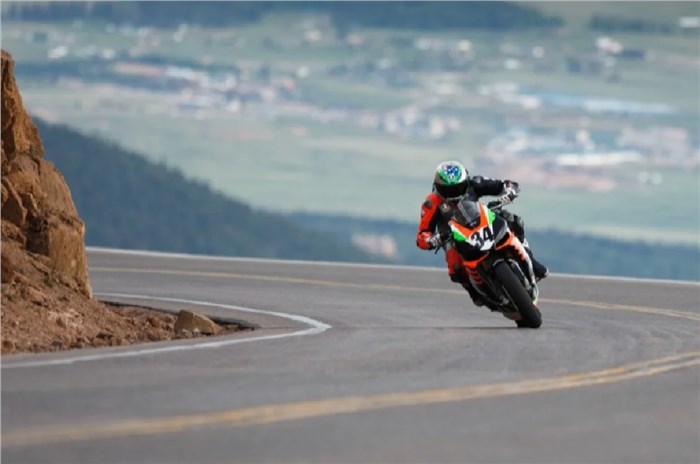 The Pikes Peak International Hill Climb’s Board of Directors have decided to discontinue motorcycles from competing in the annual ‘Race to the Clouds’.

“Motorcycle competition has been part of the history of the race off-and-on since 1916 and has been both thrilling and tragic for competitors and fans alike,” explained Fred Veitch, Interim Chairman of the Board. “This has been a long process and a difficult decision, but we believe it is the right decision and one that is in the best interest of the organisation at this time.”

While the history of motorcycle racing on Pikes Peak dates back to the inception of the race in 1916, they have been banned from competing for a few years in between. The last time they were banned was from 1983 to 1990 after Bill Gross lost his life after being fatally hit by another rider in 1982.

The latest ban has also come after an unfortunate fatal crash in which Carlin Dunne lost his life in July 2019. Dunne, who was riding a Ducati Streetfighter V4, is said to have crashed near the finish line while competing in the heavyweight division. Reports suggest that the ace rider was on his way to break his own record at the Pikes Peak before the crash.

As a direct result of this tragic incident, organisers decided to run the event without bikes in 2020 and 2021, and have now opted to exclude motorcycles from competing altogether.