Iannone is expected to join Aleix Espargaro at Aprilia, next season. 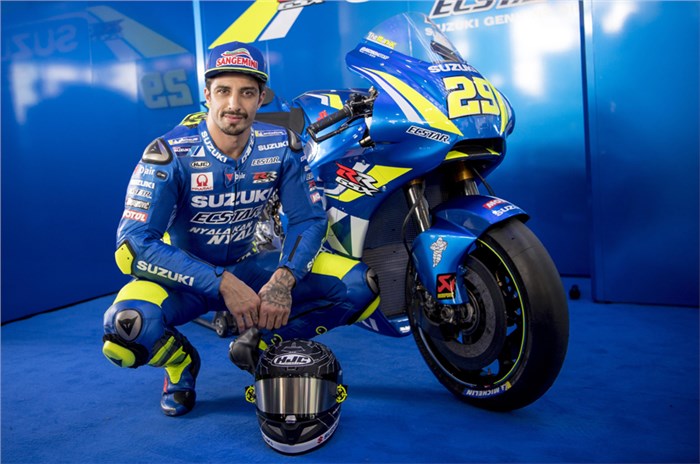 Andrea Iannone is set to join the Aprilia MotoGP team in 2019, following official confirmation from Suzuki that they are parting ways with the Italian rider.

Iannone chose to pre-empt a Suzuki statement before last weekend's Italian Grand Prix at Mugello, where he revealed he would be leaving the manufacturer at the end of 2018. The announcement follows a troubled 2017 campaign in which the 28-year-old failed to live up to Suzuki's expectations after they signed him to replace Yamaha-bound Maverick Vinales.

Iannone lies 7th in the points after the first six races of the year, having taken back-to-back podium finishes at Austin and Jerez; but his upturn in form this season came too late to rescue his association with Suzuki.

He is expected to join Aleix Espargaro at Aprilia next season, and will become the Spanish rider's third team-mate in as many years, following the departures of Sam Lowes and Scott Redding.

Being a former rider for both Marc VDS and Pramac, Scott Redding's options to remain in MotoGP appear to have run out – a switch to World Superbikes for 2019 being his next most likely option.

Suzuki had initially targeted signing Jorge Lorenzo from Ducati to replace Iannone, but his place is instead likely to be taken by Moto2 star Joan Mir, since Lorenzo decided to join Marc Marquez at Honda.