The Spaniard smashed Casey Stoner's qualifying lap record from 2008 in the process. 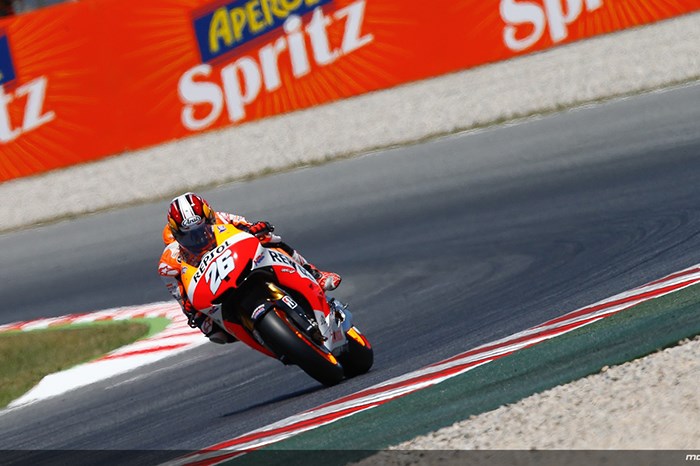 Dani Pedrosa took a dominant pole position for the MotoGP race at Barcelona, smashing Casey Stoner's qualifying lap record from 2008 in the process.

The factory Honda rider went seven tenths clear of the field with his best lap on his final run.

His 1m40.893s was nearly 0.3 seconds faster than Stoner's record, which was set when qualifying tyres were still used in MotoGP.

Pedrosa's chasers were able to trim the gap by only another tenth of a second. Jorge Lorenzo briefly stole second place from Cal Crutchlow, but the Briton took it back seconds later.

All the motorsport action as it happens with Race Centre Live

Lorenzo's session was not straightforward, as he abandoned his first run with a clutch problem.

After some animated discussions with his Yamaha crew he returned to the track with just enough time to put a run together and get onto the front row for Sunday's race.

Alvaro Bautista was another to shine late in the Q2 session to take fourth, and he will lead the second row of the grid ahead of Nicky Hayden and Marc Marquez.

Valentino Rossi's qualifying struggles continued, and he could only manage the seventh-best time.