Sam Bird was stripped of the victory after being handed a five second post-race penalty for making contact with Lotterer. 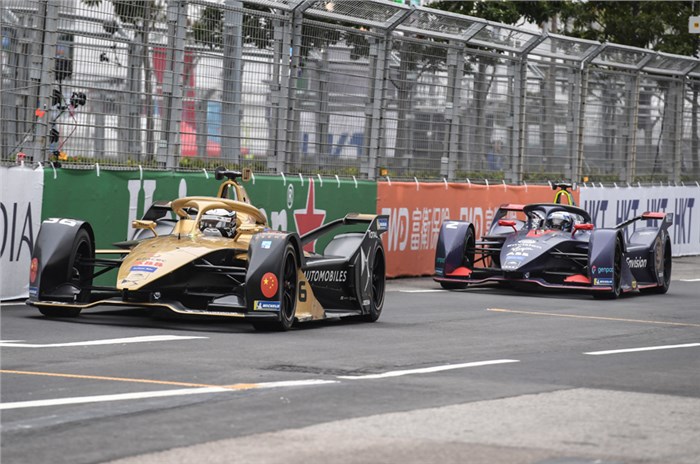 The attrition-heavy race saw just 14 drives make it past the finish line, and the first set of retirements took place just a few minutes in when Felipe Nasr’s damaged Dragon car ran into the wall on Turn 2 and both Mahindra Racing drivers – Pascal Wehrlein and Jerome d’Ambrosio – then collided with his car, taking all three drivers out of the race. Mahindra Racing had enjoyed a string of successful results and was leading the teams’ standings before the race, however, the double retirement delivered a blow to the team’s championship standing and they’ve now dropped to third overall.

The incident triggered a red flag, but the field had already changed up quite a bit before then – Oliver Rowland took the lead at the start, Bird gained five places and was up to 2nd after passing polesitter Stoffel Vandoorne. Bird then moved into the lead once the race re-started after Rowlandslowed down and dropped to 10th place. However, he didn’t hold on to that lead for long as Lotterer took advantage of his wide line around Turn 2 to overtake him. The two then spent much of the race nose-to-tail; Bird even managed to briefly pass Lotterer, only for the latter to reclaim the lead soon after.

The second half of the race saw two safety car periods – the first one was deployed when Sebastian Buemi retired from the race after damaging the front left wheel of his car, and was followed by Vandoorne, whose car suffered a technical failure and stopped on track. Soon after the race was re-started, Rowland’s car stopped on track after making contact with the wall, bringing out the safety car once again. This bunched up the field, making it a dog fight for the win once the race was re-started with just over two minutes on the clock.

Bird continued chase down Lotterer and the two ended up making contact on the penultimate lap when Bird nudged the back of Lotterer’s car. The incident resulted in Lotterer’s car suffering a punctured tyre and broken rear suspension, and he ultimately limped past the finish line in 14th place. Following a post-race investigation, Bird was handed a five-second penalty for the incident, stripping him of his race victory and dropping him down to 6th place.

This handed the race victory to Mortara, who managed to fend off Lucas di Grassi, despite the latter having the advantage of the attack mode. Robin Frijns rounded up the top three, handing Virgin Racing enough points to move to the top of the teams’ standings.