Dehradun-born set to be the first woman team boss in Formula 1 history, following Peter Sauber's exit later in the season. 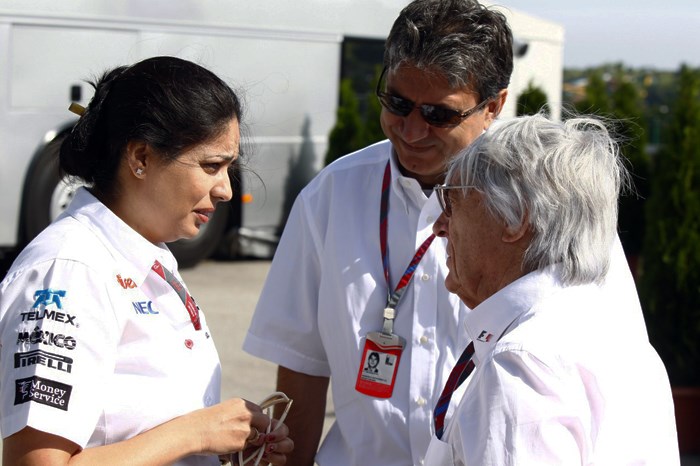 Monisha Kaltenborn is set to go down in history as the first women team boss in Formula 1, after Sauber founder and Team Principal Peter Sauber confirmed that he would be stepping down towards the end of the current season.

Subsequently he has named Kaltenborn, currently the CEO of Sauber Motorsport AG, as his successor.

"I always said I would no longer be on the pit wall when I'm 70," the Swiss told German newspaper Der Sonntag.

"My successor is already decided. Monisha Kaltenborn will be our new head. This is certain. Quite when she will take over is not yet decided.”

Kaltenborn (born Monisha Narang in Dehradun) had immigrated with her family to Vienna during her childhood, where she took Austrian citizenship.

From 1990 to 1995 she studied Law at the University of Vienna, and then completed a masters' degree in International Business Law at the London School of Economics in 1996.

Upon completion of her studies she worked for various legal firms for several years before taking charge of Sauber’s legal affairs in 1999. She was then placed on the management board in 2001 and was appointed CEO following the team’s return to independent status in 2010 after BMW’s withdrawal.

Earlier, Sauber ruled out selling the team and said that he had faith in Kaltenborn’s ability to run the team.

"Monisha will become the first female F1 team boss in history. She has been with us for 13 years, always in a leading role. I am confident that she will do a very good job."