A pitstop blunder by Mercedes robbed Lewis Hamilton of a guaranteed victory in the Monaco Grand Prix. 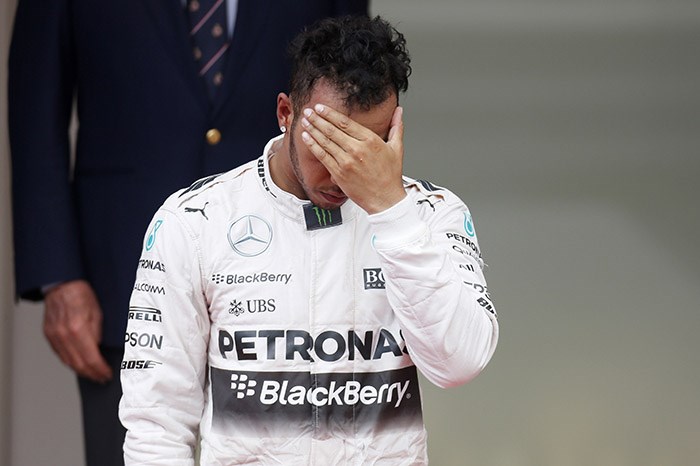 A pitstop blunder by Mercedes robbed Lewis Hamilton of a guaranteed victory in the Monaco Grand Prix, handing the win on a platter to Mercedes Formula 1 team-mate Nico Rosberg.

For 64 of the 78 laps the race around the tight, twisty streets of the Principality was processional, with reigning champion Hamilton unruffled from the moment the five red lights disappeared to signal the start.

But then Toro Rosso's Max Verstappen careered into the rear-right wheel of the Lotus of Romain Grosjean at Sainte Devote, immediately turning the grand prix on its head.

What followed from Mercedes was unnecessary, for although the safety car was ultimately brought into play - after the 'virtual safety car' sign was displayed for the first time in F1 but soon withdrawn - Hamilton had a 21-second lead at that stage.

Hamilton was then called in by Mercedes to take on a set of super-soft compound tyres, yet as he emerged back on track, Rosberg and Ferrari's Sebastien Vettel passed him.

From a virtually impregnable position Mercedes had contrived to deny Hamilton what should have been the 37th win of his F1 career.

Despite being on much faster rubber over the final eight laps after the withdrawal of the safety car, Hamilton could find no way past Vettel, never mind find himself in a position to catch Rosberg.

It was an astonishing end to an otherwise relatively unremarkable race, with lap one naturally frenetic, particularly through the opening turn at Ste Devote.

Come the sweep through Mirabeau double world champion Fernando Alonso was involved in a collision with Force India's Nico Hulkenberg, sending the German into a barrier, resulting in the loss of his front wing.

The incident forced the stewards into an immediate investigation, with the blame pinned on McLaren star Alonso as he was handed a five-second time penalty.

Such was Alonso's pace, however, throughout the opening 30 laps that by the time he pitted to take on a set of soft tyres, switching from the opening stint super-softs, the additional penalty proved redundant.

Alonso, though, did not last too long after his stop, pulling his car off track at Ste Devote with a gearbox issue caused by rising temperatures a day after an MGU-H problem brought an early end to the Spaniard's qualifying session.

Behind the leading trio Daniil Kvyat scored the highest finish of his career with fourth, followed by team-mate Daniel Ricciardo.

Kvyat was ordered to let Ricciardo through in the closing stages, but the Red Bulls swapped back on the final lap once it became clear that Ricciardo could not make any progress against Hamilton.

In a wretched race for Williams, Valtteri Bottas and Felipe Massa - who suffered a lap-one puncture - were 14th and 15th.