Amendola beat out Dylan Young and Joshua Mason at the MRF Challenge’s final round at the MMRT to seal the championship. 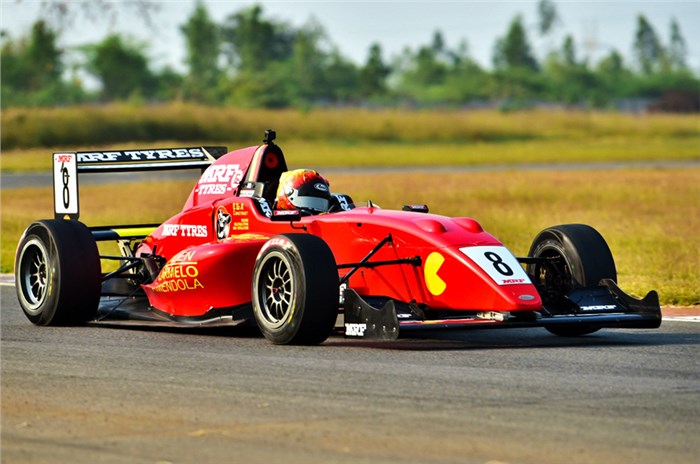 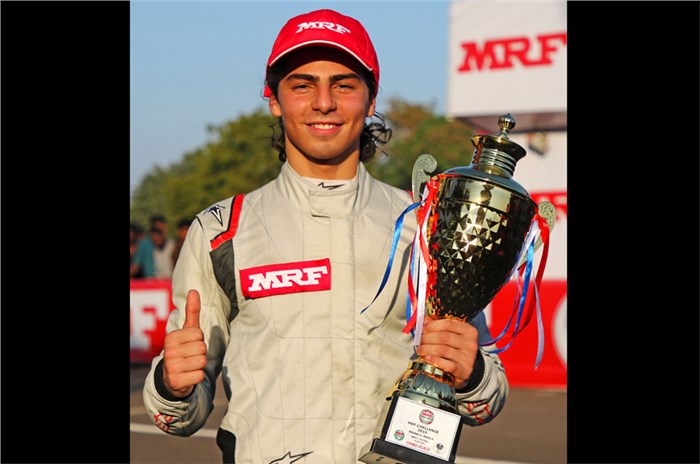 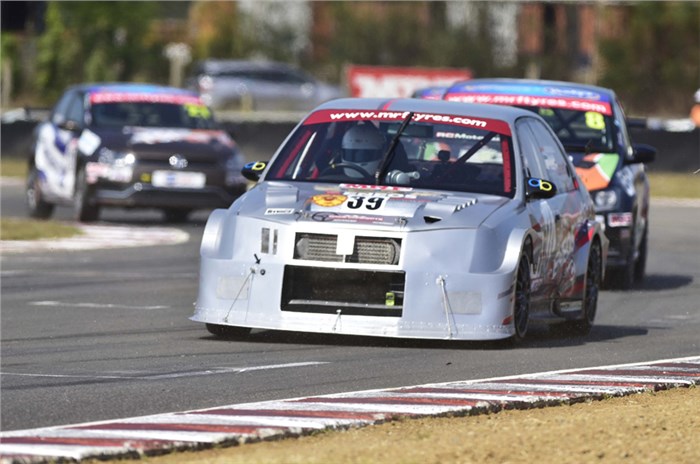 After two tightly contested rounds in Dubai and Bahrain, the 2019/20 MRF Challenge returned to home ground at the Madras Motor Race Track for its final round, which saw Michelangelo Amendola clinch the title with a race to spare.

Amendola has participated in the MRF Challenge twice before, but the third time ended up being the charm for the 18-year-old from Belgium. While he managed to notch up five race wins this season, it wasn’t exactly a straightforward run for Amendola. He kicked off the season on a high note by finishing on the podium in every single race in Dubai, including bagging three race wins. However, the next round in Bahrain ended up being a challenging one for him and he was unable to score even a single top five result. This means that with six races remaining in the final round, it was still a close battle at the top of the standings between Amendola, Dylan Young and Joshua Mason.

The first day of the final round saw Amendola add two crucial points to his tally after securing pole position for Race 1. He then went on to win two out of three races on the first day, with both his wins being dominant lights-to-flag displays. He wasn’t as competitive on the final day and could only manage a 6th place finish in the reverse-grid Race 4. But his 3rd place finish in Race 5, coupled with the fact that Young finished down in 6th place, handed the Belgian youngster enough points to seal the championship. Young had to settle for 2nd place overall, 24 points adrift of Amendola, while Mason stands 3rd overall.

Speaking about his championship victory, Amendola said: “I am absolutely delighted that I finally won the MRF Challenge championship in my third season. Last season, I finished fourth in the championship and in 2017, I was sixth. So, I was determined to win the title this time. Now that I have won it, I am looking at a few options, but all depends on budgets and sponsorship. Motor racing is not very popular in Belgium, but I am hopeful.”

Jordan’s Manaf Hijjawi was also one of the standout drivers as he secured his first-ever single-seater victory after fending off Mason to win Race 2. Having just graduated from karting, he will now move on to compete in the British Formula 3 championship. Yuven Sundaramoorthy, Louis Foster and Dylan Young scored a win, each, on the final day.

The MMRT also played host to the first round of the MRF MMSC FMSCI Indian National Car Racing Championship. With an already packed schedule, all the saloon car categories ended up competing on track – at the same time – as part of a mammoth 29-car grid. This meant that the Indian Touring Cars (ITC) and Super Stock categories were combined with the Volkswagen Ameo Super Race. The latter was a one-off event to give the Ameo Cup one last hurrah – with former champions like Saurav Bandyopadhyay, Anindith Reddy and Dhruv Mohite returning behind the wheel – before it’s replaced by the Polo Cup later this year. (Check out the VW Polo Cup car that was showcased at Auto Expo 2020)

Arjun Balu, who was driving the Race Concepts-prepped Honda City Vtec, dominated the ITC category. While he won the first race from pole position, he had to fight his way through the grid to win Race 2 after starting down in 8th place on the combined reverse grid. Reflecting on his Race 2 win, he said: “At the start, I was keen to get to the front and not get stuck in mid-grid. Once into the lead, I was able to extend the lead before I decided to ease off big time as there was no need to push any more. It was a fairly comfortable race for me, but again, thanks to Race Concepts for preparing such a great racing car.”

Race Concepts also dominated in the Super Stock category with Rithvik Thomas winning both races over the weekend. Meanwhile, Anmol Singh Sahil and Saurav Bandopadhyay notched a win each in the Ameo Super Race.

Another support event, the Formula 1600 category, saw plenty of wheel-to-wheel action and three different race winners. Raghu Rangasamy defeated Vishnu Prasad to win Race 1, but Prasad was able to fend off pressure from Rangasamy to then win Race 2. The two once again finished on the podium in Race 3, with Rangasamy placing 2nd and Prasad in 3rd, but it is Sohil Shah who bagged the race win.