Mercedes has also revealed that its 2019 power unit will receive some significant updates. 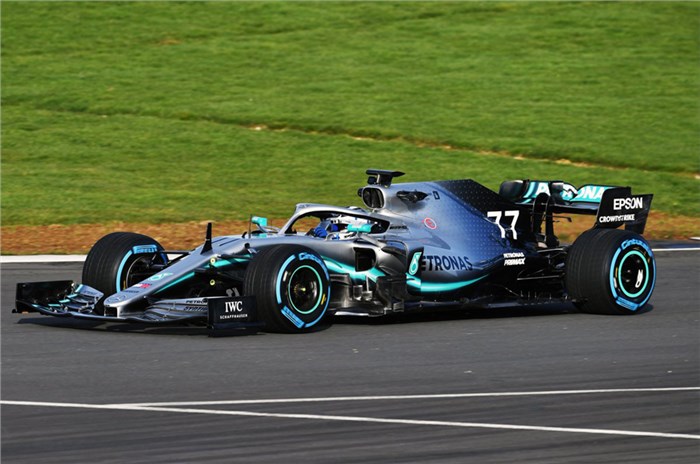 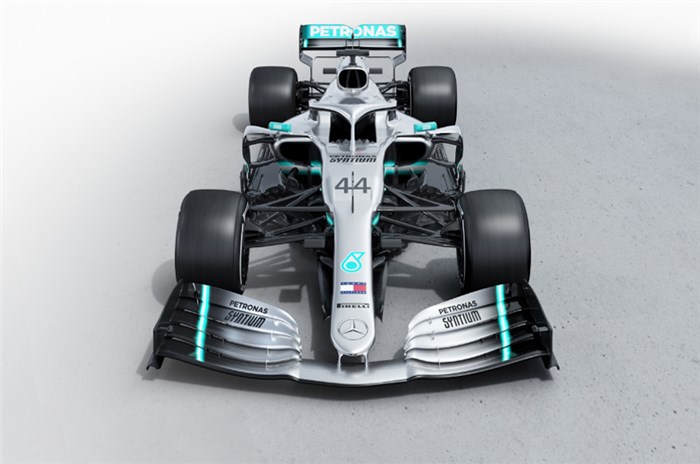 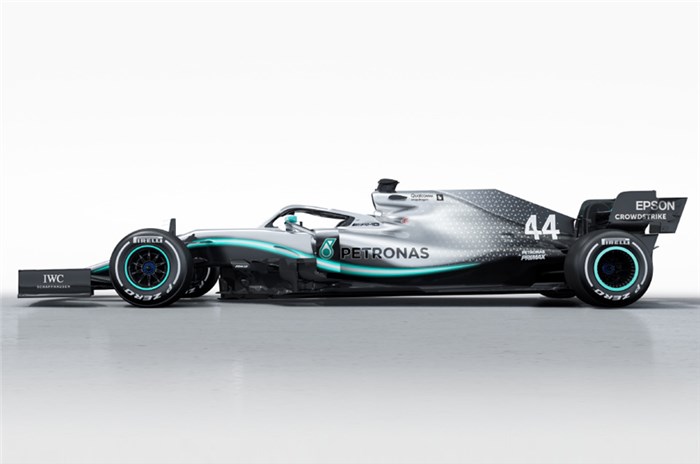 Mercedes has revealed its 2019 Formula 1 car, the W10 EQ Power+, which it hopes will power it to a record sixth title double.

The car also took to the track for the very first time at the Silverstone International Circuit, as part of an official 100km filming day with Valtteri Bottas behind the wheel, to be followed by Lewis Hamilton later in the day.

Despite releasing a series of images on its social media channels hinting at a possible camouflage livery for the pre-season tests, the images released by the team show the W10 sporting a familiar silver and turquoise livery. The new car has received a number of changes to meet the new aerodynamic and weight rules, but it still retains the same general architecture and wheelbase as its predecessor.

Mercedes has dominated the current hybrid era in Formula 1, clinching its fifth consecutive constructors’ title last season, and will be hoping to add to that tally this year. However, team principal and CEO Toto Wolff believes the 2019 season’s new regulations will provide a fresh challenge for the team: “The 2019 season will be a new challenge for all of us. The regulations have changed quite substantially. We have to start from scratch, we need to prove ourselves again – against our own expectations and against our competitors.”

“We start the season with zero points, so we’re taking nothing for granted and there’s absolutely no feeling of entitlement to be at the front. In fact, with the regulation change for the new season, every team can have a shot at the title and we’re seeing all of them as a potential threat.”

Mercedes will also bring a number of evolutionary updates for its power unit this season. “We’ve made changes to the cooling architecture of the power unit, which will hopefully provide aerodynamic benefit on the car and also provide efficiency benefit on the power unit,” said Andy Cowell, managing director of Mercedes-AMG high performance powertrains.

“We have made steps on the combustion efficiency and on the ERS system. The marriage between the turbocharger assembly with the MGU-H, the inverter, the cells and the MGU-K: that whole system is now capable of operating more efficiently and helping with energy deployment through a race.”