Following a seven-hour hearing at the FIA's headquarters, the outfit has been banned from taking part in this year's young driver test. 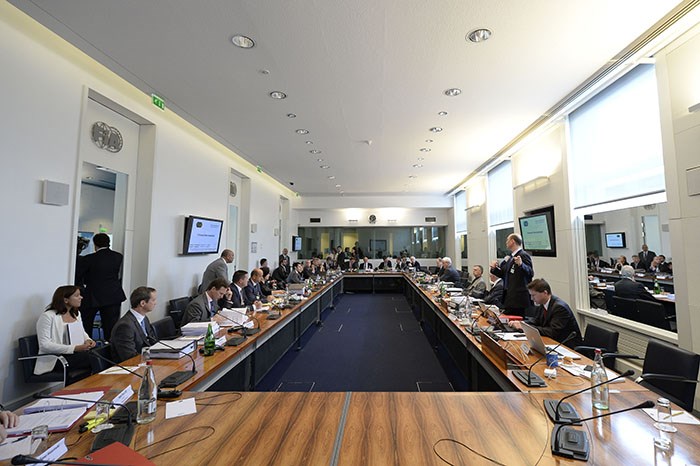 Mercedes has been banned from taking part in this year's young driver test, and given a reprimand, for using a 2013 car during Pirelli testing.

Following a seven-hour hearing at the FIA's headquarters in Paris on Thursday relating to the matter, the International Tribunal panel announced its verdict at lunchtime on Friday.

It said that Mercedes was guilty of a breach of the regulations and would be reprimanded, and suspended from taking part in the young driver test at Silverstone.

The Tribunal panel of Edwin Glasgow, Christy Harris, Patrick Raedersdorf and Anthony Scott Andrews heard arguments that Mercedes and Pirelli had brought the sport into disrepute.

During closing speeches at the hearing in Paris, Mercedes' legal representative Paul Harris had suggested that if the team was found guilty, then a reprimand and ban from the young driver test would be appropriate.

He said: "[The young driver test] is a three-day test, and it is a car test over which teams have full control and teams know everything about the tyres and cars.

"If we are in this territory then it is open to the International Tribunal to impose exclusions from events that are under FIA jurisdiction, and the young driver test is that."

The costs of the Tribunal case will be split between Mercedes, Pirelli and the FIA.