After Monday's maiden run, the W04 will begin proper testing from Tuesday at Jerez. 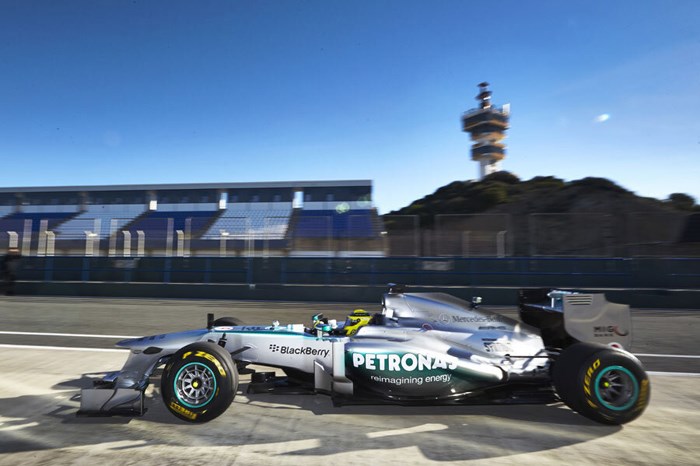 The Mercedes team unveiled on Monday morning the car with which it will compete in during the 2013 season Formula 1 season.

The W04 took to the Jerez circuit for the first time for a few early laps ahead of its official launch in the afternoon.

Mercedes had a disappointing 2012 season despite scoring its first win since its return to F1, with Nico Rosberg winning the Chinese Grand Prix.

From then on its season went downhill and it endured a five-race point-less streak near the end of the year.

Rosberg will be partnered by Lewis Hamilton this season, the Briton joining the Brackley-based squad after spending all his F1 career so far at McLaren.

Hamilton replaces seven-time world champion Michael Schumacher, who retired from the sport at the end of 2012.

After Monday's maiden run, the W04 will begin proper testing from Tuesday at Jerez.