Images of the new MP4-30 were released on Thursday, ahead of the car hitting the track for the first time at Jerez in Spain on Sunday. 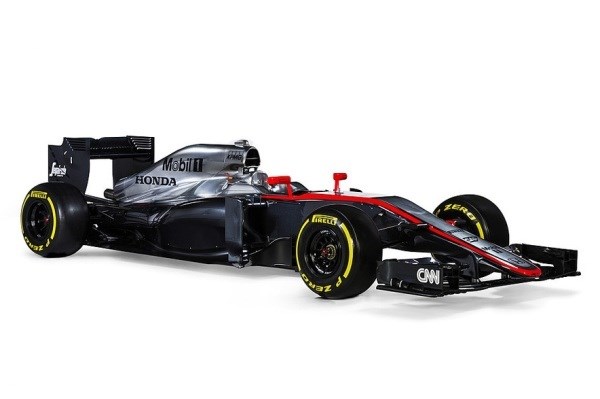 McLaren has unveiled its new Formula 1 car as it enters a fresh era with Japanese engine manufacturer Honda.

Images of the new MP4-30 were released on Thursday, ahead of the car hitting the track for the first time at Jerez in Spain on Sunday.

The team hopes that progress in its design structure, as well as its new relationship with Honda, can help Jenson Button and Fernando Alonso in their push to get the team back to the front of the grid.

The MP4-30 has been heavily influenced by chief engineer Peter Prodromou, who arrived at McLaren from Red Bull last September.

The silver, red and black car features a long low nose without the thumb extension seen on the Williams - and a tightly packaged rear end around the new power unit. It also features a split roll-hoop inlet.

Honda is returning to F1 after a six-year absence, and is renewing a relationship with McLaren that delivered multiple wins and world titles from 1988 to 1992.

Honda's motorsport chief Yasuhira Arai said that the design of the new car was one of no-compromise as the Japanese manufacturer bid to make a success of its F1 return.

"As you can see with the new MP4-30, we've dedicated ourselves as one team with McLaren to creating a new car that compromises on nothing - either power or aerodynamics," he said.

"Yet, in the midst of the excitement, both myself and our engineers are 100 per cent focused in both Sakura and Milton Keynes to prepare for Jerez and beyond. We're confident that the technology is there, and I'm looking forward to see how it will perform.

"We're about to commence a long season, with numerous challenges, but Honda is determined to face them head-on. After all, we're here to drive Formula 1's technology forward and give our fans a thrilling ride."