The Woking squad becomes the second team to unveil its 2013 challenger after Lotus F1 team. 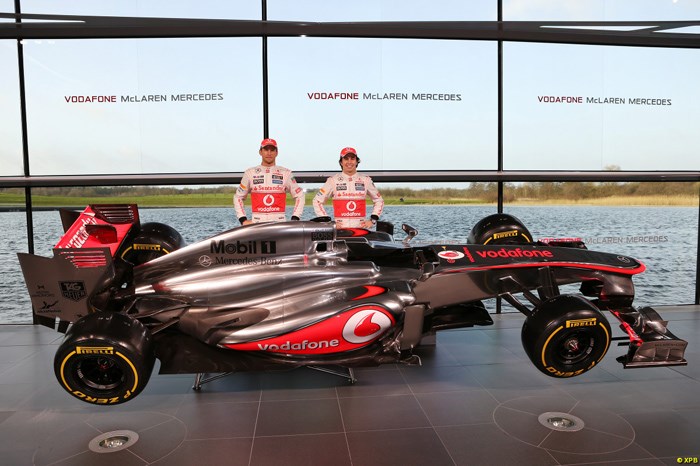 The McLaren team became the second Formula 1 squad to unveil its 2013 challenger with the public launch of the Mercedes-powered MP4-28 on Thursday morning.

McLaren finished the 2012 season in third place in the constructors' championship behind Red Bull and Ferrari, despite scoring as many victories as the world champion squad with seven.

Although the Woking-based squad had one of the quickest cars during most of the season, the MP4-27's reliability did not prove strong enough and both Lewis Hamilton and Jenson Button were out of the championship fight in the latter part of the year.

McLaren's driver line-up features a major change, as Hamilton departs for Mercedes after six seasons racing for the Woking squad.

The Briton has been replaced by Mexican Sergio Perez, who will partner Button as the former world champion enters his fourth season with McLaren.

Button acknowledged that the new car had superficial similarities to last year's model, but said there had been enormous changes in the design.

"It is exactly the same colour scheme and I think it looks similar to last year, but it is completely different to last year under the skin," he said.

"We know the regulations haven't changed much since 2012 but it's enough to make a difference."

The new MP4-28 will take to the track for the first time next week at Jerez.