McLaren expects Hamilton to stay on

Although the British driver has been linked with other teams it is widely expected he will remain at McLaren despite the team's slump in form. 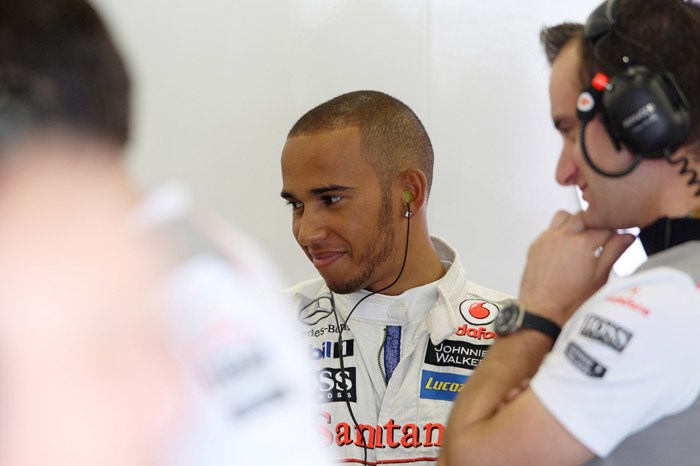 McLaren boss Martin Whitmarsh believes his team and Lewis Hamilton will have no problems reaching a long-term deal that keeps the British driver onboard.

Hamilton's contract expires at the end of the season, and the Briton said he is aiming to sort out his future over the summer break.

Although he has been linked with drives elsewhere, it is widely expected he will remain at McLaren despite the team's current slump in form.

Whitmarsh says both McLaren and Hamilton are very relaxed about the situation despite the media buzz, and he reckons the Briton will be extending his deal.

"I'm expecting that we will [reach a long-term deal]," Whitmarsh said during a Vodafone phone-in on Wednesday.

"I've obviously known Lewis for a long time. We have been concentrating on the season. I think there has been more speculation, more concern, more interest in this situation within the media than perhaps within the team and within Lewis's mind.

"We appear nowadays to be often asked questions about it, but I don't think it occupies as much time in our minds as it does in column inches."

Whitmarsh also downplayed suggestions that his team's current form will make it harder for it to convinced Hamilton to stay.

"No, I don't, because I think we are going to the next two races trying to win as we go to every race. Lewis is more intelligent than that and I'd hope, so is most of the media."

Despite Hamilton saying he is hoping to settle his future during the summer break, Whitmarsh admitted there was no timeframe to conclude the deal.

"I don't think we should put any timeframe on it. I think for both parties it's something that has got to be determined, preferably before the end of the season, but I don't think there is any need to give ourselves a tight timescale for that resolution."