McLaren adamant nothing wrong with car

Despite struggling to even match the pace of Lotus, Williams and Sauber at times, the team thinks its situation is not as bad as it appears. 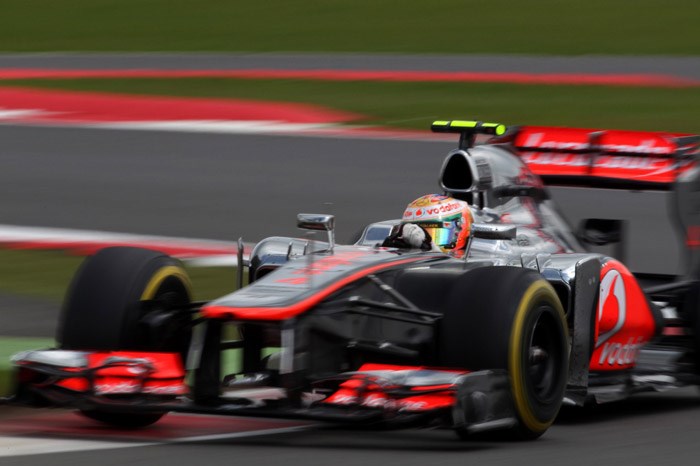 McLaren technical director Paddy Lowe is adamant that there is nothing 'fundamentally' wrong with the team's car - and reckons recent struggles are down to it simply not finding a good enough set-up.

The team has endured two frustrating weekends in Valencia and Silverstone, where it has been forced to see main title rivals Ferrari and Red Bull Racing emerge as the teams to beat.

But despite struggling at times to even match the pace of Lotus, Williams and Sauber, McLaren thinks its situation is not as bad as it appears.

"You don't look at it and say 'okay, the car is a disaster in terms of its fundamentals," explained Lowe, when asked by AUTOSPORT for his reflections on the particularly difficult British Grand Prix

"It was once again a story how do you get the most out if it all the time? The car was very strong on full wets over the weekend, so if you didn't have good downforce you couldn't instantly create that performance. It's a matter of the consistency that we're struggling with."

McLaren introduced a raft of updates at Silverstone that it hoped would allow it to fight at the front - especially as the track's high-speed swoops were expected to play to the strengths of the MP4-27.

In the end, the team left the event with just an eighth place for Lewis Hamilton and a tenth place for Jenson Button – with both drivers worried about the form of the team.

But Lowe believes that fact that Silverstone was so bad in terms of overall pace – which comes just two races after Lewis Hamilton triumphed in Canada – means it cannot be a true picture of where McLaren is at.

"Of course it's a development race amongst the teams, and we've been bringing updates, and so have other people. Certainly there are a good number of teams that were quicker, and several that didn't make it to the finish.

"If you were pessimistic you'd say we did well to get eighth and 10th, because we were fortunate with the loss of the Saubers and Maldonado, who I think would have finished ahead of us.

"I struggle to say that all of those teams have put a massive amount of performance on to their cars in the last month relative to us. I think we just have to keep doing the homework with regard to how we're tuning the car."

McLaren is planning further upgrades for the next race in Germany – which a more visual change expected to its rear bodywork – and other developments are in the pipeline for Hungary.

"We have a big programme of upgrades for those two races," he said. "It will be very hectic, because everybody's gearing up for that push before the break. That Hungary race is a great one to win, just emotionally. We've won it two out of the three years we've had the summer break. You're only as good as your last race in F1, aren't you?"