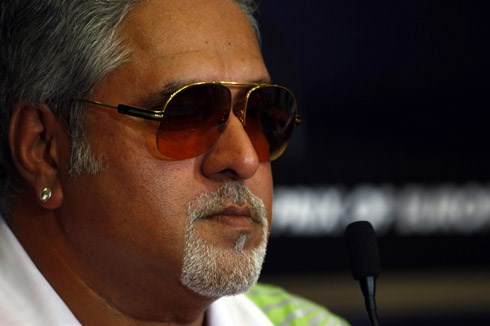 Force India chairman Vijay Mallya says that his team cannot afford a repeat of its Silverstone performance at this weekend's German Grand Prix.

Driver Paul di Resta proved the pace of the Mercedes-engined VJM04 at the British Grand Prix by taking a career-best sixth place on the grid.

But his race was effectively ruined when a mix-up in the pits resulted in his team-mate Adrian Sutil's tyres being readied for him at his first stop, causing a long delay. He finished an unrepresentative 15th, a lap down on winner Fernando Alonso.

"Looking back on Silverstone, we have to view it as a missed opportunity," said Mallya. "With confusion on the pitwall, we failed to convert our excellent qualifying performance into points, which is incredibly frustrating.

"These things happen in racing, but we have put measures in place to ensure such a situation cannot happen again."

Despite this, Mallya believes that the general increase in performance of the car should enable the team to compete against the likes of Toro Rosso and Sauber and score points at the Nurburgring this weekend.

"Over the last few races we have demonstrated that the competitiveness of the car continues to improve and we are capable of qualifying consistently in the top 10," he added.

"What is important now is to deliver that performance in the races where it matters most of all."

"I think we should be quite positive going into the race. After strong qualifying performances at Valencia and Silverstone, we'll be working hard to try and get a race result that reflects our pace."