Yamaha rider finished 3.059sec ahead of the eight-time world champion; Dovizioso rounded off the podium. 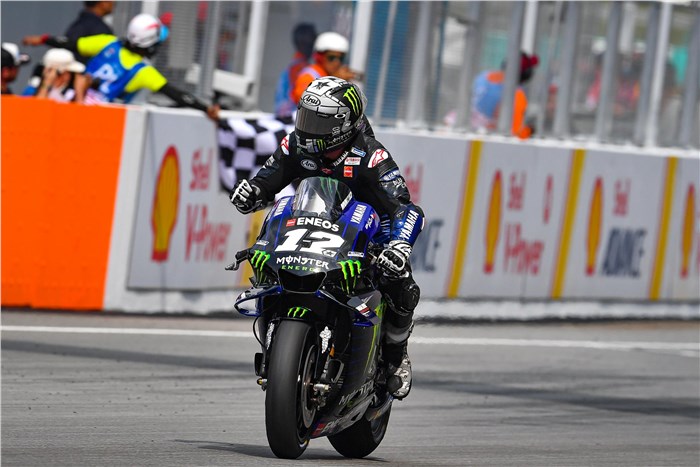 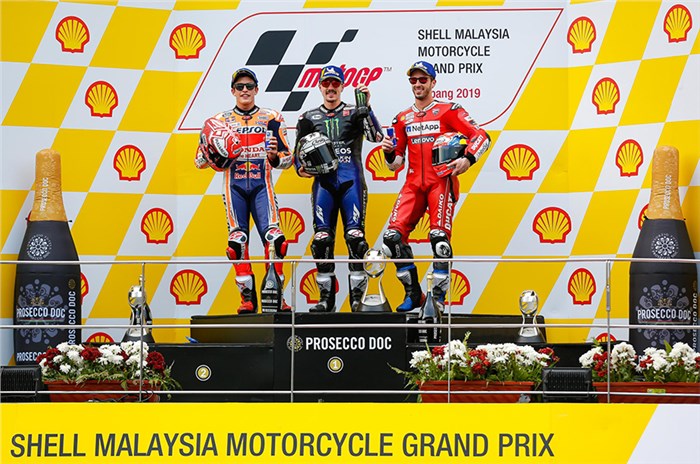 Marc Marquez’s 2019 MotoGP winning streak came to an end in Malaysia, after Maverick Vinales’ dominating performance saw him cross the line 3.059sec ahead of the eight-time world champion.

Vinales started in 2nd place and climbed up to the lead by the end of the first lap. From there on it was a straightforward race for him, with the Yamaha rider firmly holding onto the race lead till the very end. Marquez enjoyed a sublime start too, making his way up to 2nd place after a crash in qualifying saw him start from down in 11th place. Rookie of the year, Fabio Quartararo started on pole and was expected to be contesting for the win, but fell back, eventually, crossing the line in 7th place.

The Ducatis had a great start as the lights went out, with Jack Miller pouncing into the lead after starting in 4th place. Andrea Dovizioso, on his factory Ducati, finished the race in 3rd place, after starting on the fourth row in 10th place. The battle for the last step on the podium between him and Valentino Rossi was one of the longest and closest of the race, with the two switching places multiple times. Rossi’s 4th-place finish sees his podium-less drought continue, but, in what was some consolation for the nine-time champion, he did set the fastest lap of the race.

Marquez’s 2nd-place finish means his record of finishing in the top two at every race this season (apart from the DNF in Austin) continues to stand. Alex Rins crossed the line in 5th place, in front of the Petronas Yamaha pair of Franco Morbidelli and Quartararo. The duo were the two fastest riders in practice, with the latter also breaking the Sepang lap record, but they could not replicate their performance on race day.

Jack Miller fell back after his early lead, taking 8th place for Pramac Ducati. Behind him, an incident between Johann Zarco and Joan Mir saw the Suzuki rider being handed a ‘Long Lap’ penalty, allowing Miller to cross the line uncontested. Danilo Petrucci took home 9th, ahead of Mir.

Hafizh Syahrin finished his home grand prix right outside the points, in 16th place, behind Jorge Lorenzo and Mika Kallio in 14th and 15th, respectively. Cal Crutchlow and Andrea Iannone crashed out of the race, while Miguel Oliveira and Tito Rabat missed it due to injuries.