Crash took place in lap two of the MalaysianGrand Prix 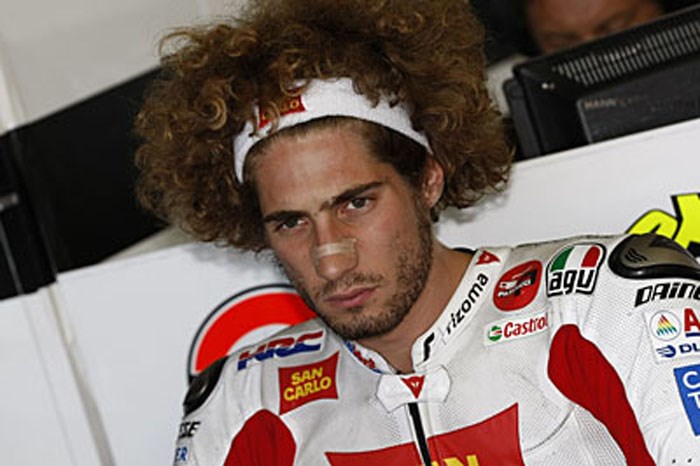 24-year old Gresini Honda rider Marco Simoncelli has died from the injuries he sustained in a crash on lap two of the Malaysian Grand Prix. The Italian was fighting for fourth with Alvaro Bautista when he lost the front of his bike and slid across the circuit, into the path of Colin Edwards and Valentino Rossi, both of whom appeared to hit the Honda.

Simoncelli lay stricken on the track after the crash, his helmet having come off during the incident.

He was taken by ambulance to the circuit's medical centre, but at 4.56 it was announced he had succumbed to his injuries.