Located in Sriperumbudur, on the outskirts of Chennai, the 3.7 kilometre track can now host series like Indycar, World Endurance Championship and DTM 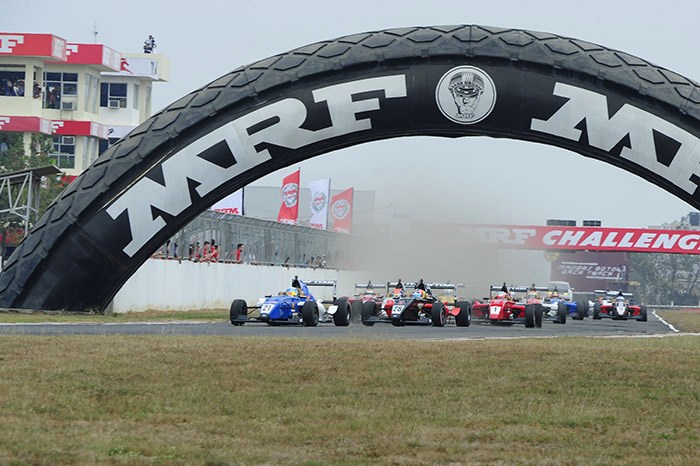 The Fédération Internationale de l'Automobile (FIA), has granted the Madras Motor Race Track a Grade 2 certification which will enable the venue to host all international motorsport events outside of Formula 1.

Located in Sriperumbudur, on the outskirts of Chennai, the 3.7 kilometre circuit can now host series like Indycar, World Endurance Championship, DTM, GT Racing etc. The circuit is now evaluating plans to revamp the infrastructure at the circuit with a brand-new pit building housing the pit garages with a hospitality and media centre above.

The venue has seen numerous inspections from FIA officials over the past three years in their bid to upgrade the circuit. This includes work on the run-off areas, kerbs, Armco barriers, and fully advanced race control room. MMRT has also laid special emphasis on safety measures to make the circuit safe for competitors.

Ajit Thomas, President, MMSC, was thrilled at the prospect of the MMRT being eligible to host marquee International events. He commented, "I'm delighted that the FIA has granted Grade 2 circuit license for the MMRT and would like to thank them for the vote of confidence in the work carried out at the circuit. We have been working closely with the FIA inspectors for over three years to not only satisfy licensing requirements but also to make our circuits as safe as practically possible. Vicky (Chandhok) and our team at MMRT take immense pride in making their circuit amongst the most attractive to both competitors and motorsport promoters. This gives us the opportunity to plan ahead and look at bringing some of the most prestigious motor racing events in the world to the MMRT."

India's first ever FIA recognized race track, the MMRT, was first used for racing in 1990 and has been the main breeding ground for the country’s top drivers including India’s only two Formula 1 drivers, Narain Karthikeyan and Karun Chandhok.

Narain Karthikeyan, India's first ever Formula 1 driver, commented, "The Madras Circuit is like my home track where I made my racing debut, so it will always be a special place for me! The layout is enormously challenging and I think it is enjoyed by all drivers as well as riders. The safety has come a long way from when I started back in ’92 and hopefully the new certification will provide an impetus for more international races to be held at the venue and help our young drivers’ development."

Karun Chandhok, former Formula 1 driver and current Formula E driver, commented, "This is fantastic news for Indian motorsport as a whole. I have many fond memories of this circuit and have witnessed it improving over the years. It is important to have circuits like this which are affordable to use and are challenging for young drivers to help in their development. With the plans that are shaping up for the upgrade of the facilities, this will certainly be a great destination for championships like GT Asia, the Asian Le Mans series and the Japanese Super GT.”

Mr. Vicky Chandhok, past President of FMSCI & Vice-President, MMSC, made it clear that the MMRT has no ambitions of staging a Formula 1 race in the future and are therefore not in any competition with the Buddh International Circuit in Noida. “The BIC is a fantastic facility that brought Formula 1 to India at a huge expense. The MMRT has always been a 'drivers circuit' and a favourite amongst most local and international drivers for being technical and challenging. Our focus has been and will continue to be on offering an affordable testing and racing venue not just for motorsport but also for automotive manufacturers and their supplier to test at, enthusiasts to hire for track days as well as driver and rider training programs. This year we have been booked for over 230 days, which is the highest since the track was inaugurated.”