On the back of a disappointing 2014 campaign, the Enstone-based outfit has switched engine manufacturers for this year. 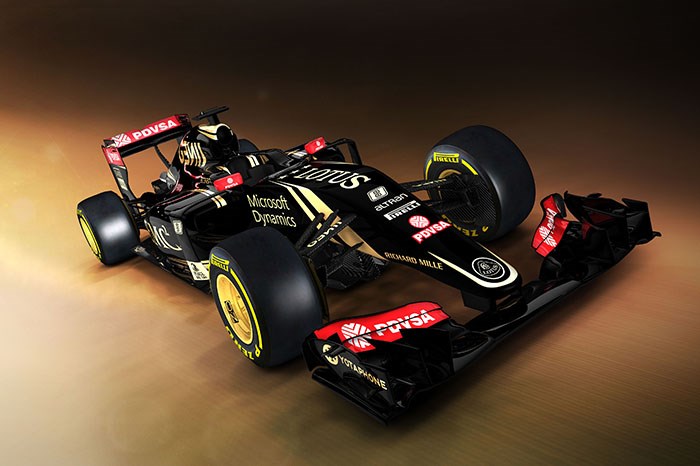 Lotus has released images of the new Mercedes-powered E23 Formula 1 car that it hopes will get it back in the hunt for podiums.

On the back of a disappointing 2014 campaign, the Enstone-based outfit has switched engine manufacturers for this year.

It also spent much of last season consolidating its finances and restructuring its technical organisation so as to ensure that it returned to form this season.

The new car is most obviously different from its predecessor in featuring a more standard nose - after Lotus ran a now-outlawed twin-tusk concept in 2014.

Lotus has also done a lot of work in refining its suspension, after taking a big hit last year when FRIC (Front-to-Rear Inter-Connected) systems were banned.

The E23 is on course to get its first track running at Jerez in Spain from this weekend when the first official pre-season test kicks off.

Lotus CEO Matthew Carter said, "There is a huge push to get the car finished, but we are on course to be there.

"Like a few other teams, we will be doing some final finishing touches in Jerez - but so far things are looking good.

"The figures we are getting from the windtunnel are encouraging, and we already have upgrades to the nose and front wing that are in the pipeline for the start of the season."

Carter also said that new sponsors were due to be added to the car before the first race.