Lotus: Don't rule out Raikkonen yet

Kimi Raikkonen should not be ruled out of the Formula 1 world championship battle, reckons his Lotus boss. 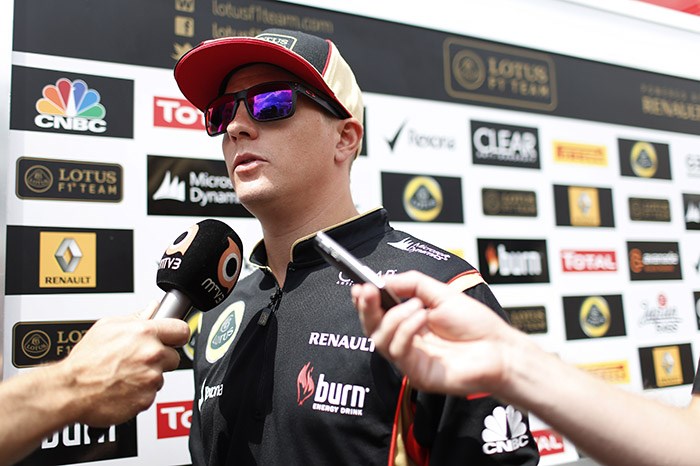 Kimi Raikkonen should not be ruled out of the Formula 1 world championship battle, reckons his Lotus boss.

Although he is still 38 points behind his Red Bull rival in the standings with nine races remaining, Lotus team principal Eric Boullier thinks that a big push by his team could still be enough for him to end the year as champion.

"It is possible," Boullier told AUTOSPORT. "Kimi is going to have to make his chances of merit; and in Hungary on merit we beat Red Bull - so there will be a good fight."

Lotus endured a lacklustre spell from Monaco to Silverstone, where Raikkonen scored just 13 points in three races, but has notched up two consecutive runner-up positions since then.

Boullier thinks that the developments being worked on at the team factory will be enough to allow Lotus to keep up its challenge, and even bid to get itself back into the runners-up position in the constructors' championship.

"We have some good upgrades coming, so I am quite happy with what we can deliver," he said. "At the factory, they have worked hard and well.

"If you look at a little bit the trace and slope of the championship, we went down in three races but we are back on to the same slope as Red Bull.

"So we will fight to get back this second place in the championship. We just have to be consistent and grab as many points as we can with both cars."

Lotus' hopes of getting its second half to the campaign off to a strong start should also be boosted by it being ready to runs its passive DRS for the Belgian Grand Prix - with Spa's layout ideal for the concept.

"It is very likely," said Boullier, when asked if the team felt its 'device' was reliable enough to run in Belgium.

Boullier also does not think that Lotus' recent run of storm form is going to be any influence on Raikkonen's decision regarding his future, as the former champion weighs up a move to Red Bull.

"This year is this year, next year is next year," he said. "I am not in the head of Kimi but I imagine this is what he would say."