The Enstone outfit has confirmed that Jerome d'Ambrosio will replace Romain Grosjean at Monza after the Frenchman was handed a one-race ban. 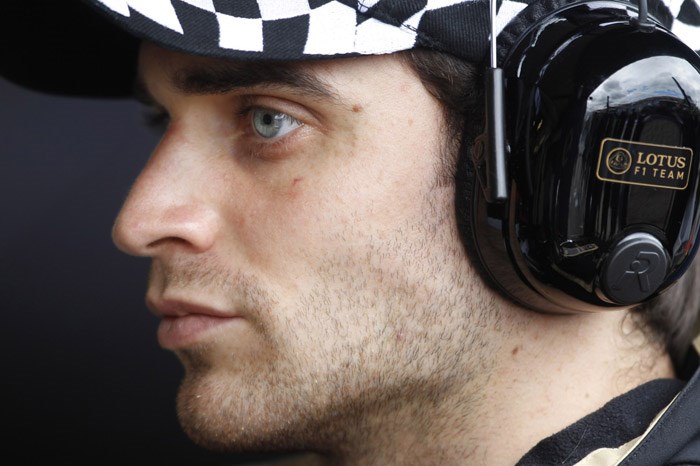 Lotus has confirmed that its reserve driver Jerome d'Ambrosio will take Romain Grosjean's seat for this weekend's Italian Grand Prix.

Grosjean was given a one-race ban for causing the Belgian GP startline crash.

Team boss Eric Boullier had previously said on Sunday that there was a "very high" chance of d'Ambrosio getting the stand-in role.

"When we signed Jerome as our third driver we signed a man who is highly motivated, fresh, talented and who contested the full 2011 season," Boullier said.

"We hope that this will pay dividends when he drives the car this weekend in Monza.

"We know that Jerome is well integrated into the team and that he did a good job when he drove the E20 at the Mugello test. Now he has the challenge of a grand prix at the challenging circuit of Monza, in a car which is capable of finishing on the podium."

D'Ambrosio raced for Virgin - now Marussia - last season before losing his seat to Charles Pic for 2012.

Part of the Lotus-affiliated Genii driver pool, he moved to the Enstone team as reserve.

"My desire for 2012 has always been to get back into the seat of a Formula 1 car so I am grabbing this opportunity with both hands," he said.

"Monza is a fantastic circuit and I can't wait to take to the track on Friday. As third driver I have worked with the team at every grand prix, attending all the briefings and meetings that the race drivers do, so I am well prepared in this respect.

"Monza is a superb circuit, but it is also quite a technical one so I am not underestimating the task ahead of me.

"I want to reward the faith that the team has in me with a good haul of points from the race. I will hand the wheel back to Romain after Sunday's race and I hope that this one showing in Italy will allow me to show my capabilities fully."

The 26-year-old Belgian already has experience of the Lotus E20 from the Mugello test in May.