Lotterer to race for Porsche in Formula E

After two seasons with the team, Andre Lotterer will leave DS Techeetah to join Porsche, alongside Neel Jani, in Formula E’s 2019/20 season. 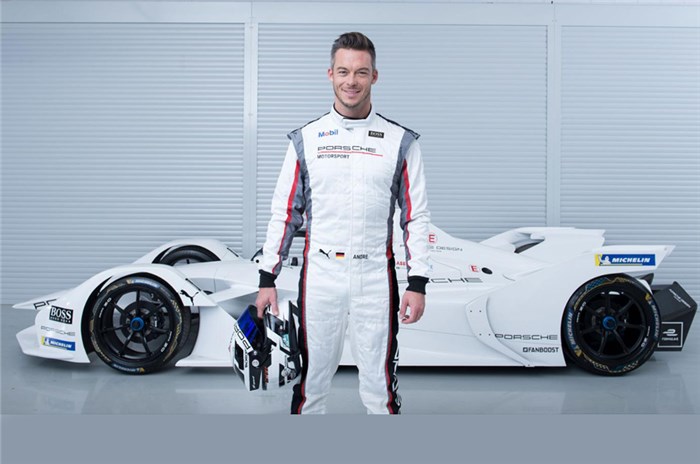 Andre Lotterer has confirmed that he will be leaving DS Techeetah to drive for Porsche’s works team in the 2019/20 Formula E season that’s set to kick off in November this year. The announcement comes fresh on the heels of DS Techeetah securing the teams’ championship in New York over the weekend, with Lotterer’s teammate Jean-Eric Vergne taking the drivers’ title.

Three-time Le Mans winner Lotterer will partner long-time Porsche works driver Neel Jani in what will be the carmaker’s maiden season in Formula E. The two were previously teammates at Porsche’s LMP1 team in the 2017 World Endurance Championship (WEC) and later drove together for Rebellion Racing’s WEC team in 2018 and 2019.

“I’m really looking forward to competing for Porsche in the ABB FIA Formula E Championship in the 2019/2020 season. I have been part of the Porsche family since 2017 and have lots of great memories of joint successes – particularly when working with Neel,” said Lotterer.

“We drove together in the Porsche LMP1 Team in 2017, and drove for Rebellion Racing in the WEC these past two years. It’s great that we will now be the driver pairing for the Porsche Formula E Team. I’m looking forward to the new task and to the future collaboration with the team.”

The coming Formula E season will also see Mercedes enter the all-electric racing series. The series will arguably see its most competitive grid yet with Porsche and Mercedes joining carmakers like Audi, BMW, Jaguar and Nissan. Porsche Motorsport vice president Fritz Enzinger believes the team’s driver line-up will play a key role in its debut season, saying: “We can only benefit from the experience that André will bring from the past two Formula E seasons. Neel and André make the perfect driver pairing for Porsche’s works entry into Formula E. We are looking forward to entering our maiden season in the ABB FIA Formula E Championship for the 2019/2020 season with this strong driver pairing.”

Lotterer entered Formula E in 2017 with Techeetah and wrapped up his debut season 8th in the drivers’ standings. He continued with the team for the 2018/19 season, claiming two podium finishes on course to once again securing 8th place in the drivers’ standings. However, after two years with the team, the German driver felt like it was time to take on a new challenge: “I’ve had such an amazing time with DS Techeetah and I’d like to thank each and every member of the team for the faith they put in me when I joined and for all the great work and unforgettable moments we’ve had together. After two years with the team, I was offered a new challenge that I couldn’t say no to.”

DS Techeetah is yet to confirm who will be driving for the team alongside Vergne from season six onwards. A statement released by the team claims that it has been “approached by multiple high-level drivers” and is currently evaluating which driver to sign.