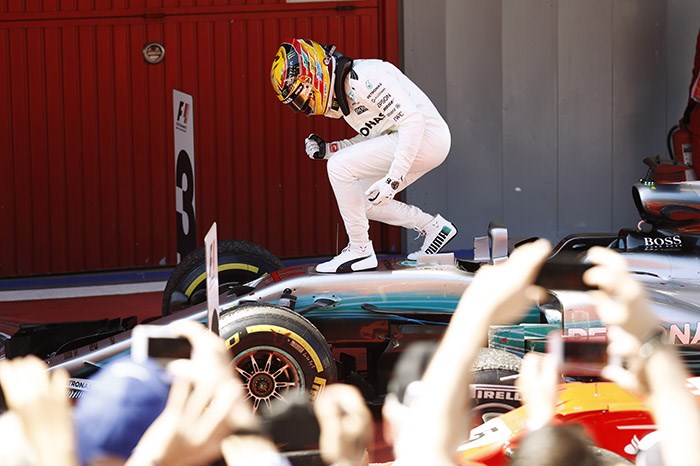 There was action from the outset at the start of the race. As Vettel got the jump on polesitter Hamilton, Valtteri Bottas in the second Mercedes made light contact with the right-rear wheel of Kimi Raikkonen’s Ferrari in Turn 1.

It was enough to tip Raikkonen into the fast-starting Red Bull of Max Verstappen, both of whom went off into retirement with suspension damage, as Bottas continued in third, pursued by Ricciardo and the Force Indias. Bottas would later retire with suspected engine failure.

There was little to choose between Vettel’s and Hamilton’s pace and as they completed their second and final stops, it was the German who retained the narrowest of margins, despite the Briton getting briefly alongside as the Ferrari rejoined from the pit lane on Lap 38.

But with Hamilton on the quicker soft tyres for his final stint and Vettel on the medium, it was only a matter of time before the Mercedes swept into the lead with an easy DRS-assisted pass into Turn 1 on Lap 44, after which he went unchallenged to the flag.