Perfect weather sees lap times being slashed in all classes. 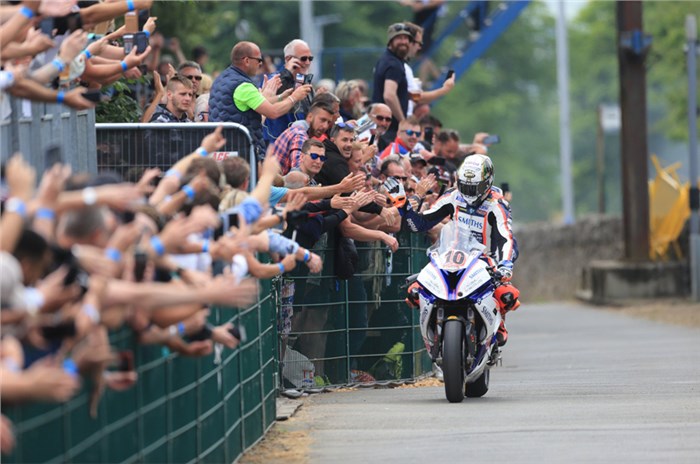 After two weeks of hard racing under perfect sunshine at the Isle of Man, the 2018 Tourist Trophy has come to an end. We take a look at how things went down at this year’s edition of the most dangerous race in the world.

Race week started off with the Superbike TT on Saturday, and there were three clear favourites going into the race. Michael Dunlop, Dean Harrison, and Peter Hickman all entered the event hoping to win and were a cut above the rest in practice. Dean Harrison took the early lead, shattering the outright record with a lap of 134.432mph (216.347kph), from a standing start no less! Unfortunately, it wasn’t to be for Harrison, with his Kawasaki suffering a technical issue on lap 4. Michael Dunlop took over the lead from second place and eventually won the race aboard his BMW. He was joined on the podium by Connor Cummins and James Hillier. Peter Hickman was forced to retire as well, bringing his BMW into the pits at the end of the first lap.

The riders once again lined up for the first Supersport TT on Monday morning and set off down Bray Hill. This time it was Michael Dunlop who broke his own lap record with a blistering 129.197mph  (207.922kph) lap on his way to victory on the Honda. Dean Harrison and Peter Hickman finally stood on the podium, taking second and third places respectively.

Monday afternoon saw the riders line up on Glencrutchery Road for the Superstock TT, and this time around, it was Peter Hickman’s turn to shine. Despite making a huge mistake and missing his brake marker at Braddan Bridge on the first lap, Hickman rallied back strongly to claw back the lost 20 seconds and win the race, setting a Superstock lap record of 134.403mph (216.300kph) in the process.

Redemption finally came for Harrison in the second Supersport TT, as he raced to victory on board his Kawasaki on Wednesday morning. The Bradford rider led from the start, and Michael Dunlop made an uncharacteristic error – exceeding the pit lane speed limit – which handed him a 30-second penalty, putting him out of contention. The podium was completed by Peter Hickman and James Hillier.

Later in the day, Dunlop made it a hat-trick, taking his third win of the week in the Lightweight TT aboard the Paton S1-R. On his final lap, he pulled the pin and put in a lap of 197.546kph, a new Lightweight record. Behind him, Mullingar-based rider Derek McGee took his only podium of the week in second place, while Michael Rutter came home in third. Rutter also won the 1-lap TT Zero electric race aboard the Mugen, once again setting a new electric record at 121.824mph (196.056kph).

Crunch time arrived on Friday afternoon, at the Senior TT, with the daredevils set for six gruelling laps around the Mountain Course, before the long hibernation until 2019. For many riders and manufacturers, this is certainly the most important race of the event.

Harrison initially slotted into the lead, determined to finally take a victory aboard a 1,000cc machine. He was 1.2 seconds ahead of Hickman at Glen Helen on the first lap, while Dunlop was a further second behind. By Ramsey, the field had spread out a little, with Harrison extending his lead to 2.4 seconds over Hickman, with Dunlop trailing the Burton rider by 8.4 seconds. Meanwhile, after having stood on the podium twice this week, James Hillier’s 2018 TT came to an unfortunate end, with the English rider being forced to retire at Westwood.

As the race progressed, Hickman closed the gap down to 1.4 seconds, while Dunlop was fading, dropping back by 13 seconds. On lap 2, Harrison responded, once again extending his lead to 3.5 seconds at Glen Helen. However, as he came in for his first pit stop, his lead had once again been slashed to 1.4 seconds by Hickman, the Burton rider much faster on the Mountain section of the course.

Behind this battle, Josh Brookes had slotted into a respectable fifth place aboard the Norton, much to the delight of the locals. As they raced around lap 3, Harrison was once again clear of Hickman by 4.8 seconds, and the duo was over half a minute clear of Connor Cummins, who had passed Dunlop for third. It would now be a dogfight between the two, to the finish. The ebb and flow pattern continued throughout the race, and as the pair were halfway around the final lap, Hickman still trailed Harrison by 3.7 seconds. However, with the Mountain section coming up, Hickman knew he had a shot at the win. He gave it his all, and converted the deficit into a 0.8 second lead at the Bungalow, going on to win the race by 2 seconds.

Despite the perfect weather, there were a couple of unfortunate incidents this year. Dan Kneen lost his life during Superbike qualifying when he lost control of his BMW. Scottish rider Adam Lyon was also killed when he crashed during the first Supersport race. Making a lucky escape was Steve Mercer, who was involved in a collision with the pace car in the aftermath of Kneen’s crash. He has undergone surgery and is currently in a critical but stable condition at a Liverpool hospital.